Shakira could dye her hair whenever, wherever and totally pull it off. Exactly one year after performing the Super Bowl halftime show with J.Lo, the singer posted her 2021 hair makeover: bright magenta waves.

On Friday evening, Shakira revealed the new bold shade on her Instagram. Trading her signature caramel-blonde curls for intense reddish-pink custom colour, Shakira’s new hair could be described as a Maraschino-cherry red or an ombré magenta. The singer also shared a video styling her red-tinted hair in a smooth voluminous blowout using the Dyson Airwrap hot brush, another notable change from her natural curls.

Shakira didn’t tag a hairstylist in any of her recent photos with her new hair, but in a video she shared, it sounds like she may have dyed it herself. During the video, she explained some of her inspiration behind her choice to go red, admitting that she actually intended the tone to be a bit lighter. Speaking conversationally in Spanish, Shakira said that she originally set out to colour her hair rose pink, but when she ran out of the dye, she had to improvise by mixing in another product, possibly a toner, which intensified the end result.

Many Shakira fans were quick to notice that this isn’t the first time the Columbian singer has rocked red hair. In 1999, her hair was a deep fire-engine hue during her MTV Unplugged performance. She also had red hair in 2002 on the cover of her album Grandes Exitos. So if anything, this look is as much nostalgia as it is a change to something new.

We’re not sure if Shakira intends to keep the look, or if she’ll let it fade a bit. Either way, it looks like dramatic DIY hair transformations may continue to trend through 2021. 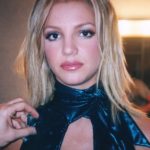 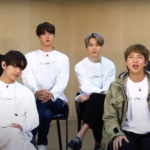 BTS reveal how they navigate being one of the biggest bands on the planet: ‘Be thankful at all times, whatever happens’