Alec Baldwin has decided to quit Twitter after growing frustrated with ‘everyone screaming’ on the social media app.

The 30 Rock star was a fairly active member on the site and had spent the day sharing posts about Martin Luther King Jr in honour of the late activist’s birthday before announcing his decision to step away from the app.

‘Twitter is like a party where everyone is screaming. Not much of a party. Goodbye for now,’ Alec announced to his followers.

Disappointed with the news, one of Alec’s followers responded: ‘I look forward to your tweets everyday whether I agree or not…A break away from the craziness of social media is often necessary.’

Another supportive fan said: ‘Just recharge and we’ll be here when you’re ready to come back.’

‘I’m sorry you feel the need to leave. I hope one day you come back and ignore the haters,’ one added.

Offering further encouragement, another said: ‘Try to ignore Twitter’s ugly side. I enjoy reading your tweets and retweets. We’ll miss you here.’

It’s possible Alec, 62, was keen to tune out political conversation ahead of Trump’s final day in the White House, before Joe Biden is inaugurated as the new US president on Wednesday.

His departure from Twitter also comes just weeks after he defended his wife Hilaria after she was accused of lying about her Spanish heritage.

‘We live in a world now where we’re hidden behind the anonymity of social media,’ Alec began in an Instagram video.

The Beetlejuice actor continued: ‘Because they can’t do that, because that involves real commitment to do something, to express those feelings, they say things, no profile picture very often, sometimes yes, no identifying features there, hidden behind the anonymity of social media, they want to just shoot it all over you and spray it all over you, their venom and their hate.’ 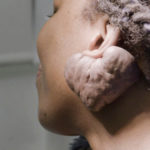 School’s Out Forever: Students are on a mission to survive in first look at action-packed teen comedy that’s all too relatable