Azealia Banks has told fans she is planning to make titanium earrings out of her dead cat’s jaw bones after she dug up her former pet.

The 212 rapper, 29, shared footage last week of her and a friend digging up her former pet Lucifer and boiling its body in a pot, which she said was to taxidermy the animal.

Taking to Instagram once more, she revealed the jaw bones of the cat and her plans to make them into jewellery.

Azealia shared a photo of the two sides of the animal’s lower jaw, telling her followers: ‘After the peroxide bath, here is Lucifer’s jaw’.

Holding the bones up by her ear, she told her followers: ‘Titanium cat jaw earcuffs with a slick arianny full lacewig pony… That’s fashion.’

She had shocked fans after sharing, and later deleting, a video of her digging up the animal, which had died three months earlier, before appearing to put its body into a pot and boil it.

Azealia rubbished claims she did it to eat the animal, telling her followers: ‘Why do you think I would eat a dead cat when I can barely eat a dead cow.

She continued: ‘Darlings… You guys are being racist and this is very un-black lives matter of you all.

‘The cats head is soaking in peroxide to fully clean him, then I’m taking him to a jewellery shop to have it gilded. Lucifer was an icon. He deserves to be preserved.’

She added: ‘You girls are not tough like me. You may indeed, kiss my witchy a**’.

‘Thank you for everything. A legend. An icon. Forever a serval serve.’ 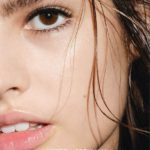 The Masked Singer: Who is Grandfather Clock? All the clues you need to know