BBC Breakfast newsreader Louise Minchin has decided to take her Christmas tree down more than a month after Christmas Day.

She revealed on the show in January that she still puts her Christmas tree lights on every night to cling on to the festive feeling from December.

At the time she insisted she was ‘not alone’ in leaving her decorations up, adding she had spotted someone else’s Christmas wreath still hanging on their front door.

However BBC Breakfast presenter has accepted that it is February and ‘reluctantly’ removed her tree.

Sharing pictures of her progress on Twitter, Louise said: ‘Good morning, after nearly 3 months I have reluctantly accepted it was time to take the Christmas tree down. ????’.

In one photo she displayed the baubles still hanging in place before revealing in a further photo that they are now back in a box – until December of course.

Her Christmas tree was in fact a real one, and surprisingly it hadn’t dropped needles all over the floor.

Speaking to co-host Dan Walker on the news programme, Louise joked: ‘Honestly I think what’s happened to it, is it sort of like petrified – of me, probably.

‘It’s not dropping any needles or anything, so I’ll send you a picture tomorrow. I’m not sure when it’s going to end.

‘I turn the lights on still every night. I know I’m not alone, I saw a wreath yesterday.

We don’t blame her for wanting to wring every last bit of festive cheer out of it. 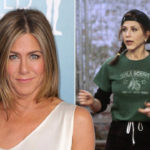 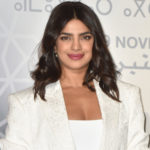 Priyanka Chopra ‘deeply apologises’ for controversial skin lightening beauty campaigns: ‘One of my most profound regrets’