BTS have revealed how they cope with being in one of the biggest bands on the planet, admitting they lean on each other for support.

The band starred in the latest edition of Apple Music Essentials where they broke down their biggest tracks and discussed the past few years of their lives.

With BTS having soared to worldwide acclaim, they told Zane Lowe how they manage to cope with the fame that comes along with their success.

RM said: ‘At least we’ve got six people beside us that understand each other, not perfectly, but I’m really grateful that I have these six people.’

J-Hope added that he tries to never lose sight of how lucky they are: ‘Honestly, at this moment, I feel like I am living a life to fulfil a calling.

‘Also, my personal motto in life is to be thankful at all times despite whatever happens and to enjoy the moment. Therefore I try to live an accepting life.’

He revealed that he also relates to a Justin Bieber track, Lonely, which make him realise that everyone is in the same boat.

J-Hope explained: ‘Recently I have been listening to Justin Bieber’s Lonely and have had many thoughts on how all people think similarly.

‘Therefore, I think things that we need to bear and carry through our lives should be recognised by ourselves. This seems to be very important for all of us.’

RM added that the boys are always thankful for the opportunities they have had: ‘It actually provides us with so many things. We’re one of the luckiest ones who have had those stadium concerts and Billboard Hot 100 number ones.

The group also opened up on their friendship with Halsey, which began with her gifting them all a Christmas stocking full of gifts, while they gave her a yellow microphone which they say was a ‘beloved memory’.

BTS’s Essential Edition of their album BE will be released on February 19. 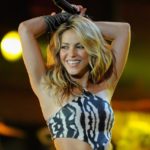 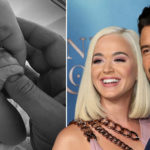