If you’ve seen celebrities and influencers twerking to Nelly’s Hot In Herre in recent weeks, that’s probably because everyone and their dog has tried the Buss It Challenge.

What’s the Buss It Challenge you ask? It’s the latest TikTok trend to go viral on social media and, with everyone bored in this current lockdown, it’s been the perfect way for celebrities to get glammed up with not much else to do in the house.

The challenge begins with a few lines from Nelly’s 2002 banger Hot In Herre, including: ‘I think my butt getting big,’ as the casually-dressed influencer admires their bum.

The beat then switches abruptly to Erica Banks’ song Buss It and the TikTokker now appears in full glam and outfit while getting low and twerking.

Basically, it’s the type of dance you need strong knees for.

While fans wait for the ultimate twerker, Megan Thee Stallion, to upload her challenge, we’ll rank the best ones we’ve seen from top to bottom.

About a week after opening her own Instagram account, the Do It singer and Beyonce protege broke the internet when she uploaded her Buss It Challenge.

‘Better late than never ?,’ she told her new followers.

From the outfit to the twerk and everything in between, Chloe hands down won this challenge.

Kelly Rowland said it best: ‘This Challenge is officially done! Chloe has left the mutha-F$&kin’ building! Thank you.’

The model was an anticipated contender for the Buss It Challenge and she finally delivered this week after previously teasing fans about whether she would do it.

Her boyfriend Karl-Anthony Towns pretty much summed up the general feelings and commented: ‘God is good.’

We knew Little Mix had some moves tucked away but Jade surprised us all with her Buss It efforts.

The singer changes into a sparkly red minidress with pink hearts and a matching cowgirl hat before bussin’ it to Erica’s tune.

Her bandmate Leigh-Anne Pinnock cheered her on and commented: ‘Yassssss ?.’

As a dancer, it would’ve been wrong if DaniLeigh didn’t try the challenge but she loses some cred for not changing her outfit for the actual Buss It part.

She tweeted: ‘When u ain’t have time to finish the second part.’

Can we talk about the outfit? Iggy rocked a gorgeous fishnet co-ord set for her Buss It Challenge but, while a solid effort, just couldn’t compare with the Jordyns and Chloes of the world.

We should have known the Boy Is Mine singer wasn’t going to be twerking all over the ‘gram with her children in mind.

The mother-of-three started off the challenge with the routine admiring herself in the mirror but, instead of switching to full glam, inserted a meme of a kid saying: ‘Buss what? You somebody’s mama you ain’t bussin’ nothing.’

Hilarious but not entirely in the true spirit of the challenge.

Like Monica, Tracee had no interest in twerking on the gram and included a meme of a woman about to drop it low but shaking her head instead.

We’ll give both Monica and Tracee props for making us laugh and, honestly, all these ladies are winners. 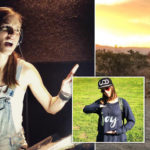 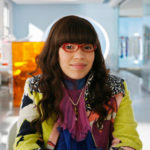