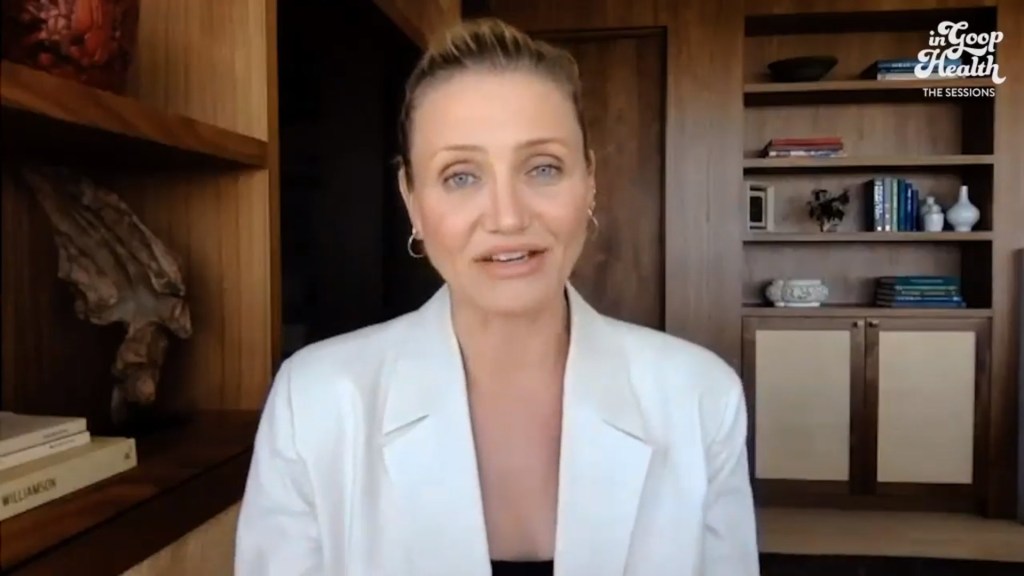 Cameron Diaz has made it clear she doesn’t see herself acting again in the future and now the star has explained why she isn’t rushing to work on another film.

The 48-year-old – who hasn’t appeared in a movie or television role since 2014’s Annie – revealed that she simply doesn’t have the time to take on a Hollywood project right now.

The Mask star and her husband Benji Madden welcomed their daughter, Raddix, in December 2019, while the actress recently launched her wine brand Avaline.

Cameron explained to Yahoo! Finance Presents that watching a producer friend balance work and family made her shift her focus away from Hollywood. ‘For me, I know what my ratio is for the balance of my life currently,’ she added, noting she had already given ‘100 percent to making films.’

Indeed, the Shrek star fees like she in a different stage of her life as she continued: ‘I did 100 percent there, so it’s just a different time in my life now. Now I’m here and this is the most fulfilling thing that I’ve ever done in my life.

‘[To] have a family and be married and have our little nucleus of a family. It’s just completely the best thing.’

The star continued: ‘I don’t have what it takes to give making a movie what it needs to be made. All of my energy is here.’ Made For Love: Creator says Cristin Milioti was perfect choice to lead zany comedy: ‘She conveys so much with her eyes’