Cardi B has revealed how much her video for WAP cost to shoot, admitting it was her most expensive production to date at $1million (£733,000).

The rapper, 28, gave fans an insight into how much her music video budgets have been over the years, revealing that the much-talked about WAP video with Megan Thee Stallion came in at the most.

Cardi took to Twitter to share some facts about her video shoots, telling her fans: ‘Fun fact : Bodak Yellow music video cost me 15 thousand dollars .I was in Dubai and I said ….I gotta fly picture (videographer) out here …BOOM BOOM BANG ! Ya know the rest.’

She added: ‘Bartier [Cardi] was like 150K and I was pregnant so I was trying my best to conceal my tiny belly.

‘I felt uncomfortable in the car cause I really wanted to be sexy with offset but I was looking very pregnant so I didn’t felt sexy I was looking fat.’

WAP was one of the most talked-about music videos of 2020 and also featured cameos from Kylie Jenner, Rubi Rose, Normani and Rosalia.

Cardi also revealed that she paid part of the budget for her video for Lick from her own pocket to impress Offset after his wardrobe budget exceeded the allowance.

She explained what the budget was: ‘I think like 15K. Offset had a 40K wardrobe fee for videos so I had to pay it out my pocket cause I didn’t wanna look like a small artist with a tiny a** music video budget …..I told him like a year later.’

Speaking about the shoot itself, she added: ‘Ugh it was very [straight face emoji].We shot the video at a casino in a Holiday Inn in Jersey and I was embarrassed cause it look so low budget and Set was about to pull up and I barely knew him so I was so shy and when he kissed me on camera my heart sinked. Every1 was like [shocked emoji].’ 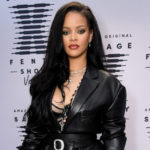