Carey Mulligan reflected on the way women have been portrayed onscreen over the years and praised shows like Fleabag and I May Destroy You for challenging the norm.

The actress, 35, said she feels like such series are helping to evolve the perception of women on film and TV by showing them in a different light.

Both Fleabag, starring and created by Phoebe Waller-Bridge, and I May Destroy You, featuring Michael Coel at the helm, were praised by fans and critics on their release.

Both shows feature a strong female lead, with Carey pointing out that viewers are always rooting for their characters, despite them acting questionably at times, because it’s fun to see people – including women – ‘behaving badly’.

Take Fleabag for instance, she sleeps with her best friend’s boyfriend and seduces a hot priest, but she’s still a fan favourite.

‘You still root for them, you still care about them – it’s brilliantly done in Fleabag and brilliantly done in I May Destroy You. Some of the stuff both of those characters do is totally, morally questionable and unpleasant, but you’re 100 per cent behind them the whole way through.’

Carey – who stuns on the front cover of the publication’s March issue – got to explore that same concept herself in her latest film Promising Young Woman.

In the film she plays Cassie, a 30-year-old woman who works in a coffee shop but at night goes to nightclubs and pretends to be drunk to try and get a guy to take her home – only for her to then turn the tables on them and scaring, potentially even hurting them, when they try to take advantage of her.

She does so because of her best friend Nina, who was raped in high school and failed by the school and legal system. Cassie dropped out of school to look after Nina who died and the movie follows Cassie as she plans to get revenge for her best pal’s death.

Speaking about the movie, Carey said: ‘When the script came to my agent I just didn’t know what to do with it.. I said, “Em, I just have to tell you, I love it so much, please let’s do this.”

‘And from then on, it was just super fun.’

Promising Young Woman also stars Laverne Cox, Jennifer Coolidge, Connie Britton, Adam Brody and Alison Brie, and was scheduled for release last year, but was pushed back due to coronavirus.

In December, it had a limited cinema release and is now available to watch on some US streaming platforms, with the film reportedly hitting the UK this month.

The March issue of Harper’s Bazaar is on sale from February 3, 2021. 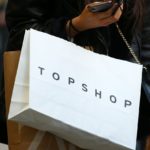 ASOS Bought Topshop. What This Means For The Fashion Brand.