Celeste has announced her debut studio album, Not Your Muse, following her epic success on the John Lewis advert.

The 26-year-old’s original song, A Little Love, was featured in this year’s ad for the brand.

She is topping off an epic few months by dropping a full-length album on fans, packed with 12 total bops.

Speaking about the offering on Instagram, while sharing the artwork, she said: ‘Not Your Muse is the power I found when I felt powerless…

‘In making this album I have allowed myself to arrive at a place where I feel empowered, fiercely wide-eyed and fulfilled.

‘I’m very proud of what I’ve achieved on my debut album and to be in this position, after the year that has been, I feel nothing but gratitude and excitement. I hope you enjoy it.’

Fans couldn’t get enough of the announcement, flooding the comments with praise.

‘Wow, love the cover, and will love the album, well done darling, can’t wait .. the moon and stars,’ an Instagram user replied.

‘Love the artwork and look forward to hearing it,’ another wrote.

‘All the best with the album Celeste x.’

‘Omg I’m so excited for this, congrats queen,’ a follower agreed.

Celeste kicked off this year by being crowned the winner of the BBC Music Sound of 2020 poll, and was later named the Rising Star Award at the Brit Awards in February.

She was most recently catapulted into every household in the country thanks to the John Lewis advert – and became the first musician to write and perform an original song for the clip.

We can’t wait to see what she does next. Clare Crawley must ‘give Bachelor Nation time to believe Dale Moss romance’ in order to win back trust, expert says 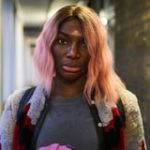 Michaela Coel Says She's Still Processing the End of I May Destroy You: “I'm Just Grieving”