Chloë Grace Moretz has revealed that she had an unhealthy relationship with food for years and never felt ‘fully satisfied’ after subjecting herself to a strict ‘calorie deficit’ diet.

Speaking in the March cover story for Shape magazine, the American actress explained that she now focuses on ‘conscious eating’ where she ‘eats what she wants’ and makes ‘smart’ food choices.

‘I grew up and began trusting in eating for my body and eating whole good foods,’ the 24-year-old admitted. ‘And if I know that I’m going to have a big dinner or a big lunch, I have a little less in either direction.

‘This has been really successful for me.’

Former child star Chloe took another positive step in her health and wellbeing journey by limiting her alcohol intake to the weekends, after noting that a ‘glass of wine a night’ affected her ‘mental clarity.’

However, it hasn’t been all smooth sailing as the Greta star divulged that she is no longer a dedicated pescatarian after quarantining during the ongoing coronavirus pandemic left her pining for poultry.

Chloe said: ‘Over quarantine, I just couldn’t not have fried chicken.

Explaining the height of her craving, she added: ‘For a solid two weeks, I ate Dave’s Hot Chicken: two fried chicken sandwiches every day. I was like, “I’ve got to have it. I don’t know what to do about this.” I became a little demon.’

Meanwhile, with her horror movie Shadow In The Cloud finally released to US audiences last month, the talented star has been focusing on her impressive acting career following a quiet year due to the pandemic.

In the upcoming animation comedy Tom and Jerry, which is set to be released later this month, Chloe will voice Kayla alongside Michael Peña and Rob Delaney’s likes.

After voicing the role of Wednesday Addams in the 2019 animated flick The Addams Family, Chloe will continue the role in the yet to be titled, Addams Family Sequel.

Shape magazine is available from February 12. 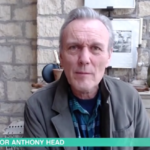