Chrissy Teigen was accused of being insensitive after saying she has ‘absolutely nothing’ amid the coronavirus pandemic, but the presenter hit back and reminded one critic that she lost a baby.

The former Lip Sync Battle host recently revealed that her therapist advised her to find a hobby that she can enjoy for herself to help overcome her grief after the death of her unborn baby boy Jack last year.

Jack tragically died during Chrissy’s pregnancy after she was rushed to hospital with significant bleeding.

In her original tweet, the presenter shared a photo of her new horse and explained: ‘My therapist says I need something that I do for just me, as I have absolutely nothing currently lol.

‘Today begins my journey into the horse world. I hope this dude likes me he’s so handsome and appears lazy, I love.’

However, one follower responded: ‘A lot of people are unemployed and struggling to feed their family in the midst of a pandemic. Maybe now isn’t a great time to say you “have nothing” so you bought a horse to entertain yourself.’ 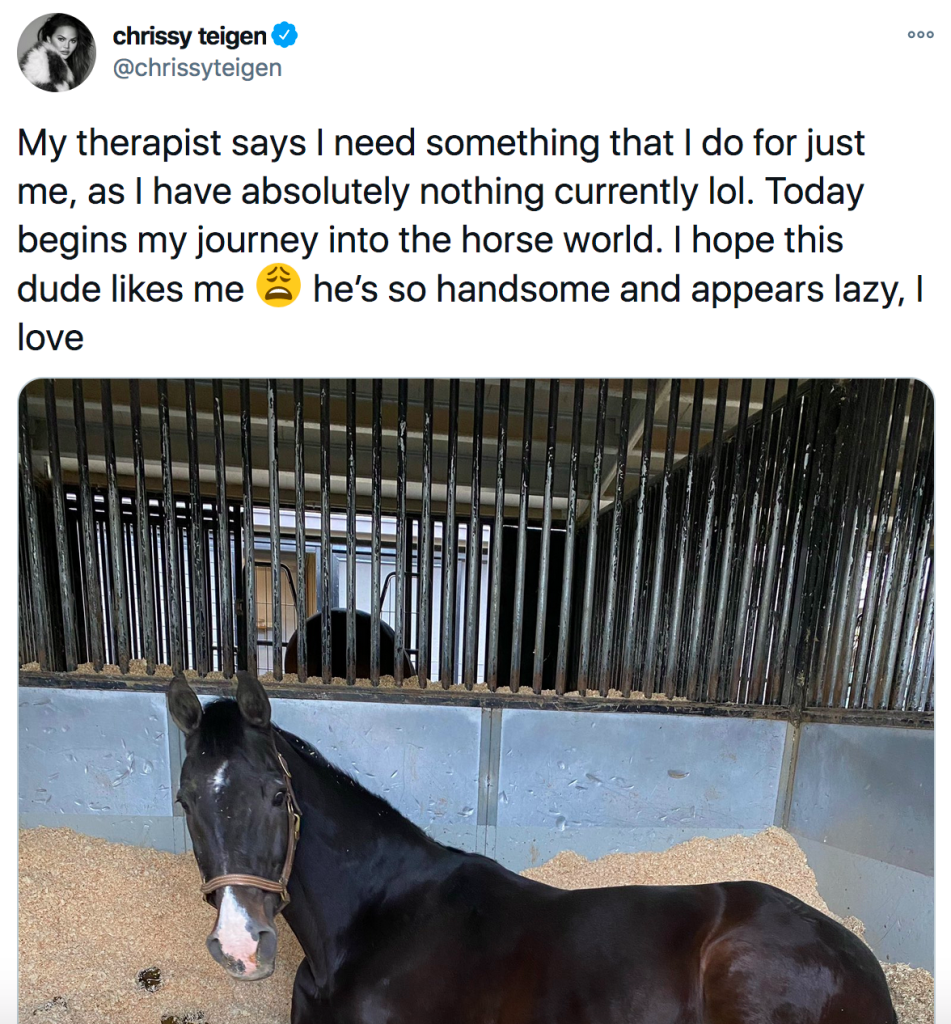 Chrissy, 35, then enlightened them on the true intention behind her tweet and said: ‘A lot of u really misinterpreted this tweet and I guess that’s on me. I didn’t say I have nothing, I said I have nothing I do for just me. A convo with a therapist. A hobby.

‘Cause I lost a baby. And I’m figuring myself out. And i didn’t buy a horse. But oh my god, what if I did?’

Chrissy, who is married to singer John Legend, has been open about her therapy sessions since Jack’s death in September.

Last month, the mother-of-two shared a video of herself breaking down in tears following an intense meeting with her counsellor.

She later said that she’ll ‘never be pregnant again’ after losing her third child. 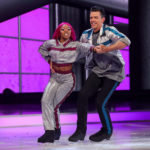 Dancing on Ice: Lady Leshurr responds to viewer backlash about being in skate-off: ‘I can’t be upset’ 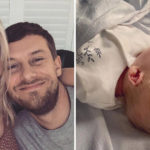