Can’t wait to see Eddie Murphy return as Prince Akeem Joffer? Then you’re in luck as Coming 2 America has finally dropped its full official trailer ahead of its release next month.

It’s been a long time coming but Murphy, 59, is finally giving us all the sequel to Coming To America that we’ve been waiting for.

Following on from the original movie released in 1988, Murphy is back as the newly-crowned King Akeem Joffer who’s heading back to Queens, New York, to honour his father’s dying wish for him to find his long lost son.

Coming 2 America’s official trailer sees Akeem come face-to-face with his son for the first time – of course, while dressed in disguise as a full on tourist with his New York hat and badges and all.

‘Hello, I am Akeem Joffer, King of Zamunda, you are the heir to the throne,. Yes, my son,’  Eddie’s character reveals, after hilariously being branded a ‘dumbie’ for returning to Queens after 30 years of ‘no child support’.

Akeem manages to get his son on board to return to Zamunda with him – after his aid Semmi (Arsenio Hall) accidentally drops a case full of cash – but the two-minute clip teases things aren’t exactly going to be plain sailing.

Throw in a ceremonial circumcision with a royal machete, Akeem’s daughter making a bid for the throne and a clash with the general, and you’ve got yourself a whole load of problems mixed in with plenty of comical moments guaranteed to get you laughing.

The events of the sequel take place three decades on from the original movie that saw Akeem and Semmi head to New York after his 21st birthday on the lookout for love. They posed as foreign students as Akeem searched for his own bride, after his parents presented him with an arranged marriage.

Coming 2 America will be released on Amazon Prime Video next month – with Amazon bagging the rights to the highly-anticipated movie following the success of Borat 2.

The Borat sequel decided to ditch a cinematic release and dropped on the streaming platform instead at the end of October, just ahead of the US presidential election. It was a huge hit, with tens of millions viewers tuning in during its opening weekend.

And viewers are set to expect big things from Coming 2 America, as lead star Murphy has said he’s thrilled with how the sequel turned out, after being warned by fans not to ‘f**k it up’. No pressure.

‘I’m just over the moon with how it’s turned out. I don’t know what it is about that movie, but that’s the one movie that I’ve done that, like, on Halloween people dress up like the characters, and people always say lines from that movie to me,’ he told Antonio Banderas who interviewed him for Variety.

‘We figured out a way to connect [the sequel to the original], and that’s what we’re doing now.’ 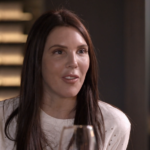 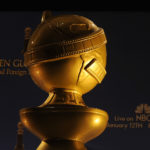