Daisy Ridley has revealed she was left so emotional when Star Wars wrapped up filming that she worried she would burst a blood vessel from crying so hard.

The actress, 28, was so overwhelmed with emotion after filming ended om The Rise Of Skywalker that she could not hold back the tears,

She told People: ‘When we wrapped [TheRise of Skywalker] I wept all day. I felt like I was going to pop a vein because I was crying so much.

‘Obviously not to say that it was like grieving, but it was grieving something. I’ll always have it, and we’re all bonded by this incredible thing.’

Daisy starred as Rey in the recent trilogy which concluded the Skywalker saga, and in which Rey took on the Skywalker name and headed on off on unknown adventures.

The actress admitted that it might be the last fans will see of the character in the franchise as it was the ‘perfect ending’ for Rey.

She explained to IGN: ‘I think for me the beauty of Episode IXis it ends with such hope and such potential.

‘I just feel like that was Rey’s perfect ending. The big battle was in Episodes VII, VIII, and IX. I think really she’s probably running around the forest somewhere having a great time.

‘I feel totally, totally satisfied with how that story finished.’

While Daisy may have been sad it ended, John Boyega was more excited to take on different roles.

He told CinemaBlend: ‘Being in a big franchise, it’s kind of like luxury jail sometimes for an actor when you want to do something else.

‘Because remember, in a franchise you’re working on one character for many years, which can starve your other muscles.’ 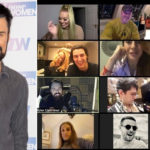 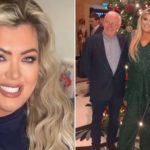