The Love Island star welcomed her first child on January 23, delighting us all with a glimpse of the newborn on Instagram.

Speaking on the latest instalment of her podcast, Sorted With The Dyers – alongside dad Danny Dyer – the new mum unveiled the adorable moniker they had chosen for the little one.

The EastEnders star kicked the episode off in true Danny style, telling listeners: ‘So this episode is going to start a bit differently as we’ve got some massive news. It’s f**king huge.

‘Because… I’m a Grandad! Yeah, Granddad Danny is what I’m now known as. And Dani has sent a voice memo to update us, which I think is very very lovely…’

‘I honestly can’t believe it, he’s finally here, our little boy. I never thought I’d meet him. I felt like it was going on and on,’ she continued.

‘I know you’re all probably wondering what we’ve called him. There’s been a lot of assumptions going on, some are actually really funny to be fair, but his name is Santiago.’

‘I know a lot of you are probably thinking “What?!” but that is his name but we are going to be calling him Santi,’ Dani added.

‘I think it sounds nice on the birth certificate.

‘I’ll be giving you all the details on the podcast next week about my labour and stuff, you’re going to want to hear all about that, but until then, here he is!’

She ended the voice note by sharing a gurgle from baby Santi, exploding hearts everywhere.

Dani announced she had given birth to baby Santi on social media, sharing snaps of herself and Sammy with their little one in hospital.

’After a very long day and night finally our special little boy arrived 23/01/2021 Weighing 7 pound,’ she captioned the upload.

‘Sending all my love to all the other mommas to be out there in lockdown.. the best experience ever will never forget this day.’

Dani and Sammy have been dating for nearly two years, after rekindling their romance in May 2019.

The pair were initially together before she entered the Love Island villa in 2018 – where she won the show with ex-boyfriend Jack Fincham.

They later patched things up soon after her split from the ITV2 star.

The Sorted With The Dyers podcast is available to stream on Spotify, with new episodes dropping on Wednesdays. 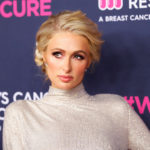 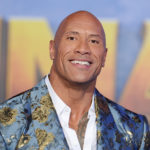