Dwayne Johnson has shared what being a parent is really like – and even a superstar doesn’t get away without doing the dirty jobs.

The Rock, 48, shared a photo of him holding up his two-year-old daughter Tia so she could go to the toilet at the side of the road, when disaster struck.

‘Baby Tia said she had to pee pee, so we said no problem honey you have a diaper on. Pee and I’ll change it after.

However, the wee ordeal wasn’t quite that simple, as Tia didn’t want to ruin her own shoes – only her dad’s brand new trainers.

Dwayne continued: ‘But then she decides to renegotiate (again, I don’t blame her;) and demands daddy pick her up because doesn’t want to “stand on the Lava Monster” so I have to hold her while she pees…

‘… all over my new white sneakers. And if I ever find this “Lava Monster” fella I’m whipping it’s a**.’

However, Dwayne wasn’t upset about his new shoes getting spoiled for long as he concluded: ‘(Hell, I’ll take this precious memory over my sneakers any day).’

Dwayne has often given fans an insight into dad life, recently sharing another cute photo with Tia as he tried to detangle her hair.

He wrote: ‘Now despite my two year old looking completely TERRIFIED for her life that daddy is solely responsible for getting all the painful tangles out of her hair…

‘I may be bald but I know a thing or two about hair. Mainly because I wish I had it.’ 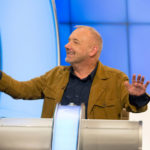 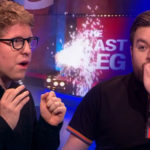