The comedian, 48, on the hobbies he’s acquired during lockdown, being a slow cook and making new celebrity friends.

What made you want to do Celebrity Best Home Cook?

I wasn’t busy, let me put it that way. Normally I wouldn’t have been available. I should have been on tour when they were filming and a massive gap appeared in my schedule round about the time they phoned to ask if I’d be interested so I didn’t even have to wait for the thinking music. I’ll do it! I know what an oven is!

Are you the cook of your house?

No, but I absolutely do some cooking. If I decide I’m going to make tea then everybody gets out of the way so, under lockdown conditions, I don’t have the space required for me. The kind of thing I make isn’t really stuff you can do in a cookery programme because I like barbecuing and smoking and things that take all day. And the time constraints make that impossible.

Did you start baking during lockdown?

I did a sourdough starter and I used it to make pancakes in the end as it never really sprang to life in the way it was supposed to. I also bought a pasta maker. I haven’t used it yet. Normally I’d say life is too short for home-made pasta – have you seen how cheap pasta is? But now I’m like, ‘Why not?’

Was everyone a bit excitable filming Celebrity Best Home Cook because you were just out of a lockdown?

Yeah, but when we were backstage we were all supposed to remain masked and not even shake hands. There was no green room, we all had our own individual curtained-off areas. It felt weird when somebody went home and you’d want to give them a hug but you weren’t allowed. I know it’s a cliché but you do become a close-knit community.

You become unaware that the cameras are on you, more so filming under Covid restrictions because everyone is that bit further away. There’s a lot of long-lens action so I just have to hope I wasn’t picking my nose or scratching my a**e!

It looks like you all got on pretty well. Who did you know already?

I knew Desiree [Burch] before because we’d been on Mock The Week together but I hadn’t met any of the others. I got on well with Ed Balls but particularly with Tom [Read Wilson] – we’d play a seven degrees of separation game backstage linking movie stars. I’m not familiar with Ferne [McCann’s] work but she said when we met that I was quite standoffish, which I certainly never meant to be, but at the end of the first day she and I had some beers with Shobna [Gulati] and Karim [Zeroual] and we had an absolute hoot.

Which judge were you most nervous of? Hadn’t Mary Berry judged you before?

I was on the Comic Relief Bake Off and hosted a few so I knew Mary through that, whereas I didn’t know the other two at all and didn’t know that Angela Hartnett didn’t like coriander. It hit me on the very first day when I made a coriander chutney!

Is the nation more obsessed by cooking now, do you think?

It’s not just cooking, all these home crafts have become massively popular. We have the Sewing Bee and dog training, and some of them happened before Covid, obviously, but I think we’re going to continue to see more of them as a lot of us are developing hobbies we can do at home. When you phoned I was building a gazebo. I’ve started doing all sorts of carpentry lately and gardening.

Weren’t you on tour in March last year?

Yes, I’d been on tour since September 2019 and I was supposed to carry on until June 2020. It’s now been postponed until this time next year so it will be nearly two years late. I don’t even know what I’m doing with the show now. Parts of it will just have to be updated – a lot of the jokes are about having a seven- and nine-year-old, which I did when I was touring the show, but by the end of it I’ll have a ten- and 12-year-old so I can’t do the same jokes because it makes them sound stupid. When I started doing the show, Endgame was still in the cinema and they’re outdated references.

Have the lockdowns given you lots of new material?

I don’t think when we all get back to normal that people are going to really want to hear about it. They might want five or ten minutes about what you’ve been doing in lockdown but not to watch a show all about it.  I write about my life and  I haven’t been living the life I normally live and nor have any of us. And usually if I get an idea  I try it out at a comedy club that night or week to see where the funny is. That’s how I write my material and  I haven’t been able to do that.

How have your family handled you being home more than usual?

My children are delighted by it. I think my wife is definitely over it. My wife said to me, ‘I just want the house to myself once!’ 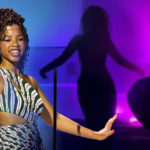 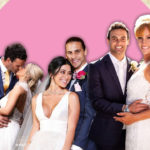 How many seasons of Married at First Sight Australia are there?