The 44-year-old is accused of causing £800 worth of damage to the Le Fix Natural Beauty Bar in Fitzrovia, London on December 21, 2020.

Fawaz was due to enter a plea at Westminster Magistrates’ Court on Tuesday but did not attend the hearing.

He had been sent a court notice on January 27 which warned: ‘You must attend and if you do not attend, the court may issue a warrant for your arrest.’

Fawaz missed his first court appearance in early January after he was wrongly told to attend Highbury Corner Magistrates’ Court.

He missed a further appearance on January 26 when police did not put his postcode on the letter telling him to attend the court.

Suleman Hussein, prosecuting, said: ‘The Crown asks for an adjournment of three weeks to serve statements onto the defendant.

‘The trial should be able to proceed in absence.’

A warrant was not issued as that would mean bail conditions would cease, and Fawaz would be able to contact the complainant.

Fawaz had been granted bail on condition he does not attend Newman Street, Fitzrovia, where the salon – which is temporarily closed – is situated, or contact Elena Schilloff directly or indirectly.

He is also required to sign on every Thursday at Islington police station between 9am and 9pm.

The hairstylist, of St Georges Avenue, Islington, is now expected to enter a plea at Westminster Magistrates’ Court on March 2.

The Faith singer was found dead in his home in Goring-on-Thames by Fawaz on Christmas Day 2016, having died from dilated cardiomyopathy with myocarditis and a fatty liver.

Michael, who died aged 53, did not leave Fawaz anything in his £97.6 million will. 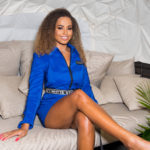 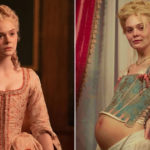