Georgia Steel has been accused of ‘breaking the Maldives’ strict rules’ about nudity in public places after posting a topless beach photo.

The Love Island star appears to have jetted off the island recently and stayed at the luxury resort Velassaru Maldives, which was tagged in some of her Instagram photos.

However, one of Georgia’s snaps has drawn criticism as the reality star is seen crouching beside a palm tree and covering her cleavage with her hands while topless.

Georgia did not tag her location in this post but it was shared among her other photos from the Maldives. It’s also possible the photo shoot took place in a covered location.

According to The Sun, locals are angry that some influencers have been flouting the South Asian country’s strict rules prohibiting nudity as it is an Islamic nation.

A local told the publication: ‘It may seem strange to Westerners, but coming here and failing to observe our laws and customs is incredibly insulting.

‘Influencers who think the Maldives is just a great backdrop for their Instagram should stop and think before one ends up in jail.’

The UK Foreign and Commonwealth Office website states: ‘Local laws reflect the fact that Maldives is an Islamic country. Violations of local laws may lead to a prison sentence.

‘Nudism and topless sunbathing are not allowed anywhere, including on resort islands.

‘Public observance of any religion other than Islam is prohibited. You should respect local traditions, customs, laws and religions at all times and be aware of your actions to ensure that they don’t offend, especially during the holy month of Ramadan or if you intend to visit religious areas.’

Georgia appeared to be in the Maldives at the same time as fellow Love Islander Joanna Chimonides, who has now flown back to the UK and shared footage of the snow yesterday.

It’s not known if Georgia has also flown home or when the topless photos were taken.

Celebrities and influencers have come under fire for travelling during the coronavirus pandemic when England is still in its third lockdown.

Travel for work purposes is permitted but many celebrities have been criticised for describing their trips as ‘business’ when fans believe they’re simply on holiday. 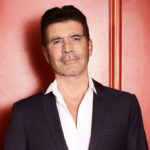 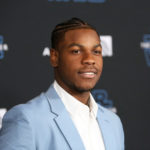