The Government reportedly spent £63,000 on hiring celebrities to promote the NHS Test and Trace app during the coronavirus pandemic last year.

Love Island stars like Shaughna Phillips, Chris Hughes and Josh Denzel were among the celebrities who shared sponsored posts on social media urging their followers to download the coronavirus tracking app, which allows members of the public to see if they’ve come into contact with someone who has Covid-19.

According to Full Fact, details from a Freedom of Information Request revealed that the government spent £63,000 on 42 social media influencers to post about the Test and Trace app. This equals to £1,500 per celebrity however it’s likely the payment varied depending on the individual’s audience size.

Shaughna boasts 1.5 million Instagram followers while Chris has 2.1 million and Josh with 1.2 million.

In August, the government admitted to paying the influencers and a spokesperson said they had a responsibility to ‘use every means possible’ to keep the public informed during the pandemic.

They added: ‘Our use of social media influencers has meant over seven million people have been reached. This is just one part of a wider campaign utilising TV, radio, social, print and other advertisements to ensure the public has the information it needs.’

In recent weeks, many celebrities have been heavily criticised for travelling abroad and earning high fees for the ‘work’ trips despite England being in a third lockdown.

Emily M Austen – CEO of Emerge, a PR agency working with brands such as Spanx, JD Sports and Rayban – told Metro.co.uk that syndicated bikini pictures can earn up to £20,000 depending on the location.

Austen explained: ‘Brands are looking to keep consumers interested and energised at a time when everything feels quite monotonous, dark, sad and flat. The idea of reminding consumers of sunshine and holidays, places their products in a more aspirational space, which encourages spending.

‘Celebrities and influencers could rake in up to £50,000 in a coordinated week away. It’s possible they will be receiving discounts or being fully comped for the hotel and flights too.’

‘When on holiday there is also the scope for further earnings through hotel and restaurant partnerships.’

Dancing on Ice 2021: Joe-Warren Plant battles knee injury during rehearsals: ‘I was off for four days’ 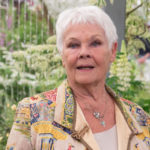 Dame Judi Dench has had her first Covid-19 vaccine: ‘It’s a great start’