Grimes and Lil Uzi Vert are thinking of a master plan and it apparently involves getting ‘brain chips’ together.

The musicians have clearly struck up a close friendship while working on music in recent weeks and now, they’re taking it to the next level thanks to Grimes’ boyfriend Elon Musk and his computer chip company Neuralink.

‘Let’s get brain chips,’ she replied, to which the rapper agreed: ‘I’m ready when we doing it ?’

Grimes, real name Claire Boucher, already has it all planned out as she suggested: ‘Let’s aim for chips by 2022. it’s experimental surgery but if it succeeds we’ll have the knowledge of the Gods haha.’

It was more than enough to convince Lil Uzi, who eagerly replied: ‘Okay !!! I will call u for more detail.’

So far, the Neuralink bods have implanted their brain chips inside a pig called Gertrude and used them to record data about how brain signals are interpreted by body movements.

Elon revealed last week that they’ve since been putting implants in monkeys so that they could play video games with their brainwaves.

During a chat on Clubhouse app, the billionaire entrepreneur said: ‘We have a monkey with a wireless implant in their skull with tiny wires who can play video games with his mind.

‘You can’t see where the implant is and he’s a happy monkey. ‘We have the nicest monkey facilities in the world. We want them to play mind-Pong with each other.’

Earlier this month, Grimes shared an Instagram post of her and Lil Uzi’s music, while the rapper tweeted: ‘Me and Grimes making hits. respect my sister.’

Lil Uzi, real name Symere Bisil Woods, might want a discount on those brain chips after splurging $24 million (£17.4 million) on implanting a pink diamond into his forehead.

Confirming the eye-watering price tag, the rapper told fans: ‘Yes my Bugatti can’t even pay for it … all my cars together, plus home, this took so long now I can get this money.’

When asked why he got the piercing in such a prominent place, Lil Uzi replied: ‘If I lose the ring yeah U will make fun of me more than putting it in my forehead ha ha jokes on you ha ha ha ha ha ha ha ha… And yes I do have insurance.’ 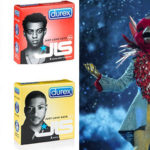 The Masked Singer: Do condoms prove Robin is Aston Merrygold? 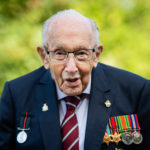