Harry Styles has mocked those who trolled his already-iconic Vogue cover – by eating a banana while wearing a frilly suit.

The 25-year-old sparked controversy by wearing dresses in a stunning shoot for the fashion bible, with right-wing pundit Candace Owens saying it was time to ‘bring back manly men’.

She tweeted at the time: ‘There is no society that can survive without strong men.

‘The East knows this. In the west, the steady feminisation of our men at the same time that Marxism is being taught to our children is not a coincidence. It is an outright attack. Bring back manly men.’

Harry has now turned that soundbite around on the trolls, using it as a caption for a new shoot.

In the post shared to Instagram, the Watermelon Sugar star wore a powder blue blazer over a white frilled shirt, featuring pleated cuffs, and matching trousers, from Palomo.

Harry ate a banana in the picture, shot by Parker Woods for Variety, and captioned it: ‘Bring back manly men.’

We believe that’s what they call a mic drop.

The picture was part of a shoot to accompany Harry’s interview with Variety, in which he also ate a pomegranate and wore a pale pink silk blouse by Gucci and a pearl necklace.

In the interview, Harry addressed his style choices and took pride in his Vogue shoot, saying: ‘To not wear something because it’s female’ clothing, you shut out a whole world of great clothes.

‘And I think what’s exciting about right now is you can wear what you like. It does’t have to be X or Y. Those lines are becoming more and more blurred.’

In fact, the only style choice Harry kind of regrets is getting 60 tattoos – but only when he has to get them covered up in the makeup chair for film roles.

The former One Direction is known for his eclectic and androgynous style, and in his Vogue shoot, he wore skirts and dresses as well as traditionally masculine trousers and shirts.

Admitting he always liked dressing up as a child, Harry said: ‘Clothes are there to have fun with and experiment with and play with. What’s really exciting is that all of these lines are just kind of crumbling away.

‘When you take away “There’s clothes for men and there’s clothes for women,” once you remove any barriers, obviously you open up the arena in which you can play. I’ll go in shops sometimes, and I just find myself looking at the women’s clothes thinking they’re amazing.

‘It’s like anything—anytime you’re putting barriers up in your own life, you’re just limiting yourself. There’s so much joy to be had in playing with clothes. I’ve never really thought too much about what it means—it just becomes this extended part of creating something.’ 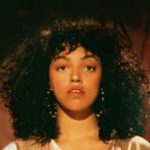 A Complete List of the MOBO Music Awards 2020 Nominees