Influencer Alexis Sharkey died by strangulation, a coroner has revealed seven weeks after the 26-year-old’s body was found by the road.

The social media star was killed in November and her naked body left on the side of the road in Houston, Texas.

At the time police said her body, which was found three miles from the apartment she shared with her husband, showed no visible wounds.

According to BuzzFeed News, officials at the Harris County Institute of Forensic Sciences confirmed this week Sharkey, whose legal name was Alexis Robinault, had been violently killed.

No arrests or charges have been made in relation to her death, with police continuing investigations. once law enforcement concludes its homicide investigation, an autopsy report will be available.

Around 8.30am on November 28, Sharkey – who had more than 25,000 followers on Instagram – was found on the side of Red Haw Lane, a quiet street near the Interstate 10.

She was discovered by a sanitation department worker who had spotted her feet in some bushes by the roadside.

Sharkey’s mother told ABC13 that her daughter had gone missing the day before, while Sharkey’s husband, Tom Sharkey, called to tell the family he had not heard from his wife for about 24 hours, following the couple’s Thanksgiving celebrations.

Her mother suspected foul play from the beginning, telling the outlet: ‘I do believe she was murdered.

‘From what I’ve been able to gather as well as a mother’s gut. I learned very young as a mum to trust my gut. It’s not let me down.’

Her friend Tanya Ricardo expressed her shock in an interview with KHOU11.

She said: ‘I mean, just threw her on the side of the road, naked, like garbage. I just, I don’t get it. No one gets away with something like this. No one.’ 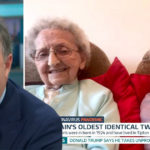