Zac Efron has ditched Hollywood for down under and while he’s busy filming for new movie Gold in Australia, he’s bagged himself some very cool digs on wheels.

The actor, 33, famed for starring in High School Musical and The Greatest Showman, is filming the survival thriller in the South Australian outback and has kitted himself out with an epic caravan to house him on set.

He was seen rocking a green Akubra hat and hoodie as he proudly posed alongside his new mobile pad that was kitted out with a canopy roof and camping chairs.

Inside, it makes for a pretty sweet living space and comes complete with stylish leather lounge seating, a fully fitted kitchen, a huge double bed and a 50inch flat-screen TV.

Boasting sleek furnishings, Zac has plenty of space to hang out in between takes, with the living area housing a plush seating booth, handy secret storage and landscape windows looking out to those pretty cool outback views.

The bathroom houses a shower and toilet, with the bedroom coming complete with a big bed and plenty of pillows – perfect for kicking back in.

Zac seemed pretty pleased with his new setup, as he shared on Instagram: ‘Home sweet home. Thanks, @lotus_caravans ? #setlife #goldmovie.’

Filming is underway for his new movie that follows two strangers who come across the biggest golden nugget ever found in the desert. They set up a plan to excavate the nugget, but as one guy heads off to get the equipment needed, the other is left to fend for themselves against the harsh elements the desert brings with it.

Zac plays the man left behind who slowly begins to suspect that he has been left alone in the desert to die.

He stars alongside Australian actor Anthony Hayes, who will also serve as director and producer on the film.

It comes as Zac swapped Los Angeles for Australia last year, with the movie star reportedly hoping to permanently move there after feeling ‘burnt out’ from being in Hollywood.

Speaking on his Netflix series, Zac told his friend Darin Olien, a wellness guru who joins him on his travels, that he wants to make changes in his life.

He explained: ‘I’m definitely looking at my life in a whole new way. I gotta get out of Hollywood, I’m done. It’s not a place conducive to living a long, happy, mentally-sound life.’

Sources revealed in August that Zac wants to ‘list his Los Angeles homes’ for sale, so that he can free himself up to head down under for good.

When he’s not hanging out in South Australia for filming, Zac is usually based in Byron Bay, where he met on/off girlfriend Vanessa Valladares.

The cool surfer town is known for drawing in the celebrity clientele, with Chris Hemsworth and Matt Damon among the stars calling it home. 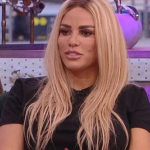 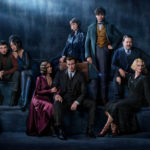