Joe Wicks has shared his embarrassment after he accidentally let out the ‘longest ripper’ during his first live PE With Joe workout this week.

The fitness icon returned to YouTube on Monday after pledging to re-start his tri-weekly workouts amid the third national lockdown, however viewers definitely got more than they bargained for when they tuned in ahead of the 9am start time.

Fans had speculated Joe may have broken wind behind the camera, however last night the Body Coach confirmed that, yes, he did let one rip without realising he was already recording.

Mark Wright wanted to get to the bottom of things, so he called up his friend Joe to ask him what had happened on his Heart radio show.

He said: ‘I’m so embarrassed by what’s happened today. Basically, I filmed my first P.E with Joe yesterday, live at 9am, right. I pressed the live button just on my YouTube stream, and just before, I’m talking 20 seconds before, something slipped out Mark… and you can guess what it will be Mark…’

Mark then played the clip for us, seeing as Joe has since edited it from the version of the workout that is now on YouTube, and there it is, clear as day: a loud trumpet rings through the room before Joe launches into the shot.

‘How did it happen Joe? Because I’m looking at it, you’re so professional with your lives and stuff, you’re incredible with what you do, but how did you make the mistake?’ Mark quizzed. ‘Did you already press “live” and you didn’t know you was live? What went wrong?’

Joe explained: ‘No, listen, 800,000 people have seen that video. I didn’t know. When you go live, you press live and there’s about a 20-second delay, but for some reason, the link had opened and it was buffering and it basically got the sound.

‘So I’ve let out this giant – honestly, the longest ripper I’ve ever let out in my life. I didn’t realise it was live, so I’ve done the ripper-oo, [counted] five, four, three, two, one, I jumped in and I only found out today when the Daily Mail shared a link “Did The Body Coach just let an almighty ripper off before his P.E with Joe Workout?”’

As Mark insisted it was hilarious and nothing to be embarrassed about – hey, we all do it, right? – Joe did have a laugh about it, recalling the comments that have come through following the event, but did feel it needed to be taken off YouTube.

He said: ‘And I tell you what, some of the comments are hilarious! I’ve got to be honest, I’ve gone back to the video and got my mate to edit it out because I can’t have that living on there forever.’

Today Joe returned to YouTube for his next instalment in the fitness series, which is aimed at getting kids who aren’t able to attend school, up and moving in the morning.

His first episode had more than 100,000 people tune in live, with more than 950k having since watched the video back on the streaming platform.

Join Mark Wright on Heart, Monday to Thursday evenings from 7pm-10pm and on Sundays from 12pm-4pm. 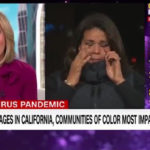