Jordyn Woods finally gave the people what they wanted by posting her attempt at the Buss It Challenge.

The model has followed in the footsteps of Chloe Bailey and Gabrielle Union, who are among the celebrities who have tried the popular TikTok trend.

In her video, Jordyn starts off looking pretty chilled wearing a hoodie and leggings while admiring herself in the mirror to Nelly’s Hot In Herre.

The track then switches up to Erica Banks’ song Buss It and Jordyn’s changed her outfit to a slinky black dress and full hair and make-up while dropping low and twerking.

‘Worth the wait,’ she teased her TikTok followers.

Her boyfriend Karl-Anthony Towns was clearly impressed with her efforts as he replied: ‘God is good.’

Fans gave Jordyn’s Buss It the thumbs up, with one praising: ‘Girl, we are all taking several seats after that….we just here to cheer you on!’

‘You won. I’m gonna put away my lil video,’ another declared.

One stated: ‘I think we can all agree that Chloe & Jordyn Woods had the best bussit challenges.’

Others flooded the commentary with memes of Khloe Kardashian and Tristan Thompson’s reaction to the video following their messy love triangle from 2019.

So far, Jordyn’s Buss It Challenge has been watched over two million times on TikTok so, it’s safe to say, she killed it.

Of course, Jordyn, 23, is now off the market and happily in a relationship with NBA star Karl-Anthony, 24.

The couple began earlier in 2020 but went public in September to celebrate Jordyn’s 23rd birthday. It’s believe their bond strengthened as Karl mourned the death of his mother.

In October, the model opened up about their relationship and told Hollywood Life: ‘I think we are two young ambitious people and we found comfort in each other.

‘Of course, one day in the future I would like to have time to settle down and have a family of my own. But right now I don’t want things to go way too fast.’ 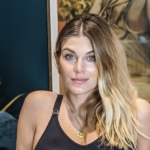 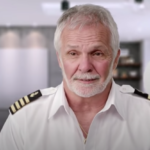 Below Deck’s Captain Lee slates James Hough and Elizabeth Frankini as he teases shock exit: ‘Find a different boat to work on’