Katie Price is said to be upping her security after the incident (Picture: Ken McKay/ITV)

Katie Price is reportedly investing in round-the-clock security following an alleged assault in which she was left with facial injuries.

The former glamour model, 43, allegedly had her £50,000 engagement ring from Carl Woods taken in the attack, as well as being left with a split eye and suspected broken jaw.

Katie, who already has a protection dog called Blade, is now said to be putting extra security measures in place to keep herself safe.

A source told The Sun: ‘Katie is considering getting a security team in place and has spoken to guys she has used in the past.

‘She is also thinking about getting a panic alarm so that she feels even safer. Katie’s priority is feeling safe and she’ll do anything – including 24/7 security forming a “ring of steel” around her – to make sure that’s the case.’

The mum-of-five was taken to hospital in the early hours of Monday morning after police were called to the Essex property where she was saying at 1.30am. 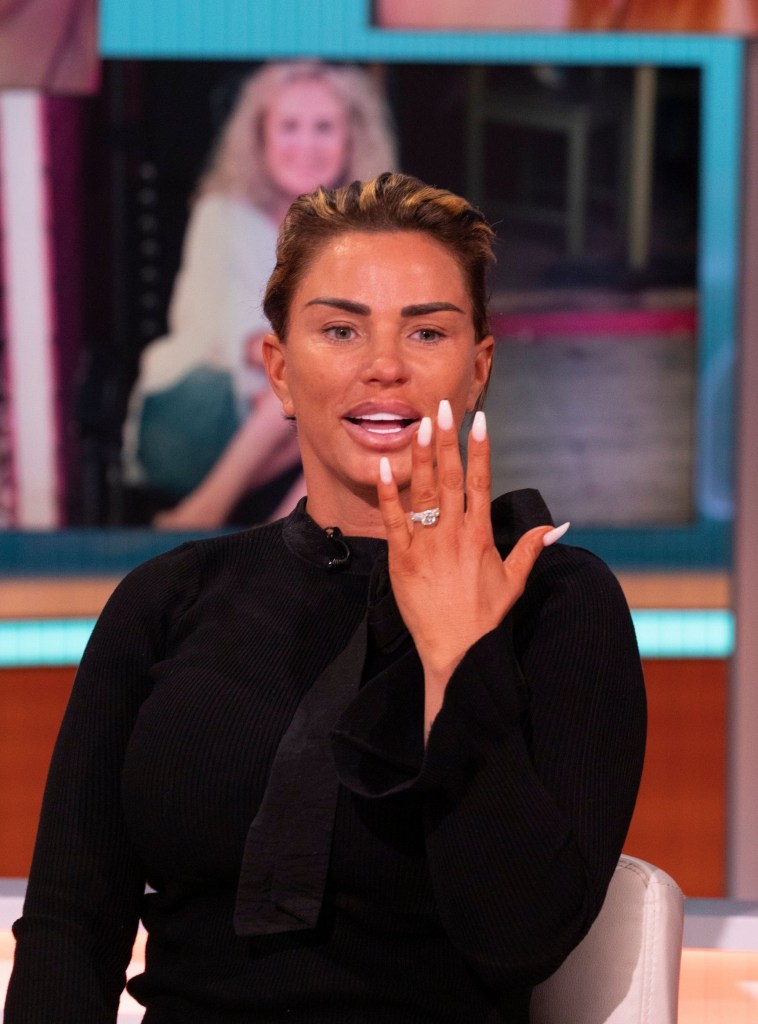 A 32-year-old man was arrested on suspicion of assault, theft and coercive and controlling behaviour before later being released on conditional bail until September 20.

Speaking out after the incident, Katie told The Sun: ‘I’ve got a big bruise, my face is all puffy, and I went to hospital.

‘I’m still all dazed. I’m devastated. I’ve told police that I was assaulted, and am in shock that this happened.’

She was left shaken after the incident with sources claiming that she was worried for her mental health if the case went to court.

Sources denied that she would be dropping the case because of this however, telling the Daily Mail: ‘It’s not true that is dropping the case, but she is very scared and is feeling emotionally vulnerable.

‘All her friends and family are behind her and will make sure she has the strength to pursue the case, so she is going full steam ahead.’