Katie Price and son Harvey enjoyed a trip to a train station together after he was offered the chance to be a platform announcer.

In the wake of the 42-year-old’s BBC special detailing her life with Harvey, 18, who is partially blind, has Prader-Willi syndrome, is autistic, and has a series of learning and behavioural difficulties, he was invited to fulfil his dream and make train announcements for Network Rail.

The TV star was spotted with her eldest son visiting train stations close to his new home in Essex.

The pair were joined by her boyfriend Carl Woods, who drove them around to various stations.

Together they took Harvey to look at an old steam train and then a modern railway station.

The excited teenager filmed their outing on his iPad as they walked around the platforms.

The mum-of-five held on to Harvey’s iPad in between journeys letting him take pictures and videos once they arrived at each station.

In their documentary Harvey And Me, Katie was seen taking her son a station where he snapped pictures of passing trains and put on an impressive display as an operator.

Network Rail invited Harvey to one of its branches once coronavirus restrictions have eased so he can make train announcements for real.

Media Relations Manager, Tracey O’Brien, told Metro.co.uk: ‘We, Network Rail, would be happy to arrange for Harvey to make an announcement at one of the Network Rail managed stations when it is safe to do so.’

Katie and Harvey will be filming a second BBC special after the success of the documentary.

An insider confirmed that a second instalment will see the teenager start the next stage of his life.

Recently the My Crazy Life star shared that she had decided to move Harvey to a facility where he can learn to be more independent.

‘This is his chance to live an independent life, learn skills and socialise with people other than me,’ she told The Sun, explaining he could potentially live there until the age of 25.

The facilities Katie has in mind allow Harvey to have his own kitchen, bedroom and bathroom, but also be surrounded by healthcare professionals that can handle his specific needs.

After Harvey And Me aired the former glamour model thanked people who had shown them support.

‘I have been inundated with emails and stories from parents in a similar situation to myself and Harvey, it’s been a comfort to hear I’m not alone and that many of you are experiencing the same’, she said on Instagram.

‘Autism, online trolling and the period of transitioning that many of our young people are going through is something close to my heart.

‘I want to continue the conversation and support as many parents as possible.’ 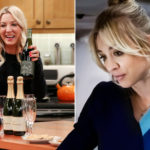 Finally, Kaley Cuoco is getting the respect she deserves – thank you Golden Globes 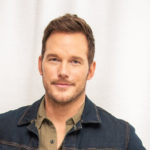