Katie Price has revealed she wrote a goodbye letter to cocaine to stop herself turning to the drug again after leaving The Priory.

The former glamour model, 42, checked herself in in 2018 and again at the start of last year for ‘severe traumatic rehabilitation’ after a difficult year in which she faced personal and money troubles.

She had always promised herself that she would never touch drugs, which were ‘rife’ in her industry, but ended up taking cocaine to ‘shut things out’.

Katie told The Times: ‘The media wouldn’t leave me alone. People around me were doing stories that just weren’t true, and I’m trying to get up for air and then I’m being knocked down. It does get to you in the end.

‘And because I’ve got five kids, I thought, “Oh my God, I can’t do this.” I didn’t know how to deal with everything. I just wanted to sleep. I wanted to shut things out.

She revealed that after she left The Priory, Katie wrote a goodbye letter to the drug, saying: ‘You’ll never get the better of me again.’

Katie had spoken about the difficult time she went through on Loose Women in 2019, explaining: ‘My family and friends were hurt, they didn’t know what to do. All these years in the industry I never have [done drugs] but I purely did it to self-medicate.

‘I went to the doctors and told them the truth… self-medicating on drugs really, it was disgusting, but it was my way of dealing with it. At least I can hold my hands up, if I didn’t speak out now, I would still be in a rut.’

She added that her time in The Priory was: ‘nothing to do with any drinks or drugs, I wasn’t near anyone in the Priory [who did drink or drugs], they said I needed traumatic rehabilitation.

‘It was what I went through at the beginning of the year, they told me mum was dying, my dog got run over and killed on my drive, horse killed outside my house, kidnap threat against Harvey, ex-husband cheating again, divorcing, hijack and held at gun point in South Africa, imagine all of that and having a divorce.’

After turning her life around in 2020, Katie has since found love with Carl Woods, 31, and filmed a documentary about her life with son Harvey Price, and the changes which are coming now the disabled teen is 18.

Katie Price: Harvey and Me airs on BBC One at 8.30pm on Monday, and on BBC iPlayer. 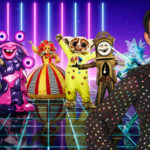 Do I Need To Wear SPF In Winter? Yes, Yes You Do! Here Are Some Of Our Favourites