The eldest daughter of the late basketball legend, who died in a helicopter crash last year, confirmed her news on Instagram, sharing a post from the agency on her page.

A statement from the 18-year-old read: ‘I have always been interested in fashion since a very young age.

‘I have a love for the industry and ever since I can remember I wanted to model.

‘There is a lot to learn but I feel this is a great opportunity for me to learn and express myself creatively.’

Mum Vanessa Bryant was among the first to celebrate the news, sharing the post on her own grid.

‘I’m so happy for you! I love you Nani,’ she penned in the caption.

Supermodel and fellow IMG alum Gigi Hadid followed suit, linking to the post on her Instagram story, alongside the simple message: ‘Proud’.

As Millie Bobby Brown slid into the comments of Natalia’s post, adding: ‘So beautiful! Congratulations.’

Natalia’s news just days after the first anniversary of the tragic deaths of Kobe and Gianna Bryant.

A helicopter crash claimed the lives of the two athletes and seven others, at the beginning of last year.

The night before the anniversary, Vanessa paid an emotional tribute to her beloved late husband and daughter, sharing a heartfelt note from one of Gianna’s friends.

‘Today I received this sweet letter from one of Gianna’s best friends, Aubrey. I love you Aubz (as my Gigi would call you),’ she began.

‘Thank you so much for beautifully sharing some of your memories of my Gigi with me and allowing me to share them here on my ig.

‘My Gigi is INCREDIBLE and I truly appreciate your thoughtful letter. She loves you so much.

‘I miss my baby girl and Kob-Kob so much, too. I will never understand why/how this tragedy could’ve happened to such beautiful, kind and amazing human beings. It still doesn’t seem real.

‘Kob, we did it right. Gigi, you still make mommy proud. I love you! #PlayGigisWay #Mambacita #Mamba #DaddysGirl #GirlDad.’ 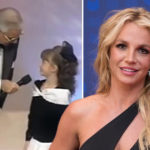 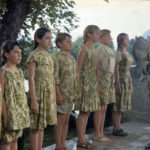