The American actress and comedian died on Tuesday night at her home in California with her daughter, Dinah, by her side, reports TMZ.

Cloris’ career in showbiz spanned seven decades and during that time she won a number of accolades, including eight Emmys from 22 nominations.

She is the most nominated and, along with Julia Louis-Dreyfus, the most awarded actress in Emmy history.

Adding to her list of notable achievements, Cloris has an Oscar and Bafta for her role in The Last Picture Show (1971), a coming of age film in which she starred alongside Timothy Bottoms and Jeff Bridges.

She also has a Golden Globe for her portrayal of the title character in TV show Phyllis.

Cloris made appearances in the films Butch Cassidy And The Sundance Kid (1969), Young Frankenstein (1974) and Yesterday (1981).

More recently she voiced Gran in The Croods movies.

Besides having the lead role in Phyllis over in television, Cloris played Grandma Ida in Malcolm In The Middle for five years, which earned her two Emmys for outstanding guest actress in a comedy series. 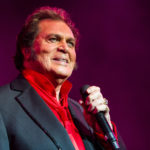 Engelbert Humperdinck tests positive for coronavirus: ‘We are asking for prayers to be sent our way’ 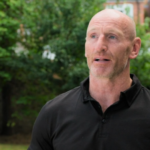