Liam Gallagher has paid tribute to his beloved dog Ruby who has died.

The ex Oasis frontman announced the news on Tuesday evening with a sweet photo of him cuddling the sausage dog.

Liam, 48, once shared Ruby with his ex-wife Nicole Appleton who reacted to the news and tweeted: ‘Oh Liam…I’m in bits..our beautiful little Ruby Tuesday….#sparkle.’

All Saints singer Nicole, 46, posted her own tribute to Ruby on Instagram and wrote: ‘I can’t even…my beautiful baby girl Ruby Tuesday has passed away. I feel physically sick and incredibly heart broken ? ??. I can’t believe it.’

She was flooded with messages of support from her celebrity pals, including This Morning presenter Holly Willoughby who commented: ‘Oh darlin… sending you so much love… ?.’

Liam and Nicole bought Ruby and another sausage dog during their marriage, naming the second pooch Brigitte Bardot after the woman Liam would want to be for one day.

Ruby was named after the Rolling Stones song Ruby Tuesday.

The Wall Of Glass singer is known to be particularly passionate about sausage dogs and once said at a concert in Germany in 2011: ‘Extinction of sausage dogs? I will prevent that!

‘When I’m back in England I am gonna buy 900 of them. I am gonna prevent them from downfall.’

Liam and Nicole married in 2008 after eight years of dating but split in 2013 when he had an affair with Liza Ghorbani, who gave birth to his daughter Gemma.

He shares one child, 19-year-old son Gene, with Nicole.

After his split from Nicole, Liam went on to date Debbie Gwyther and the couple are now engaged. 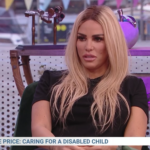 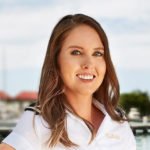 Below Deck star Izzy Wouters on love life after coming out as gay: ‘It’s been really fun’