Lil Wayne didn’t intend to ask Donald Trump for a pardon when they met but the pair found a ‘strong connection’ anyway, according to the rapper’s lawyer.

Mr Trump pardoned 73 people and commuted 70 sentences in his final executive move before leaving the White House on Wednesday.

Lil Wayne, 38, had pleaded guilty to possession of a firearm and ammunition by a convicted felon, and faced 10 years in prison. He was due to be sentenced on January 28.

It was speculated that Lil Wayne met with Mr Trump in November to beg to be pardoned but the rapper’s lawyer Bernard Cohen has spoken out to deny the rumours.

Speaking to The New York Times, Mr Cohen stated: ‘It never hurts that someone gets a full understanding of an individual when they’re just looking at a piece of paper.

‘In hindsight, I guess it worked out. I think they had a very strong connection.’

Mr Cohen added of Mr Trump: ‘He’s in the entertainment world. He’s got a style that’s similar in terms of the way that he carries himself, and a lot of rappers and people in the industry relate to that.’

Lil Wayne is yet to address the pardon publicly himself but he has released new music.

Hours after Mr Trump’s successor Joe Biden was sworn in as the new president, Lil Wayne dropped his new track Ain’t Got Time in which he makes a loose reference to his formerly looming sentencing.

‘I just hope I don’t get time because I ain’t got time,’ he raps.

The rapper also mentions his run-in with the FBI and spits: ‘FBI arrest me, why? They can’t nail me they just screwin’ me / I just try, try to hide. Sometimes it’s hard to find time to be the good guy and still be someone / Enjoyin’ my good times more than sometimes.’

The Zeze hitmaker for making a false statement on a Federal document and served nearly half of his sentence.

He tweeted: ‘I Want To Thank The President @RealDonaldTrump For His Commitment To Justice Reform And Shortening My Sentence. I Also Want To Thank Everyone For Their Support And Love. It Means More Than You Will Ever Know. I Want To Continue Giving Back, Learning And Growing. @DanScavino.’

In a statement from the White House, Kodak Black was praised for committing to philanthropic work towards his local community even while incarcerated. 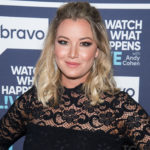 Below Deck Med’s Hannah Ferrier claps back at mum-shamer over holiday snap: ‘She was inside napping’ 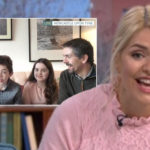