Liz Hurley has brilliantly cleared up the rumours her 18-year-old son Damian took photos of her scantily clad in the snow – it was actually her 80-year-old mum instead.

The actress, 55, had wowed fans by stripping down to just a pair of knickers and a furry jacket to pose in the snow this week – but critics had attacked her assuming that she’d made her son take the photos.

Clapping back in the perfect way, Liz reposted the photos and told her fans: ‘Far be it for me to suggest the tabloids get their facts muddled, but these pics were in fact taken by my 80 year old mother.’

She then joked: ‘Not entirely sure if that puts minds at rest or not’.

While most had heaped praise on Liz for looking incredible and, let’s be honest, the sheer bravery of stepping out in that cold, one of the people who had a lot to say about the cheeky snaps was Piers Morgan.

He said on Good Morning Britain on Tuesday: ‘Yeah she looks fabulous, but what are you doing Liz? Bit of snow and you get your kit off?

‘And who took the pictures? Your 18 year old/19 year old son? Really? What is all this? It’s what we call in the business – I call it thirsty.’

Co-host Susanna Reid was quick to jump to Liz’s defence, responding: ‘I just said to Piers you can’t accuse other people of being thirsty when you’re on national television, have at least two columns – you’re thirsty for attention.’

Piers replied: ‘No, it means other people are thirsty for me,’ to which Susanna responded: ‘Well, I’ll tell you what, a lot of people will be thirsty for this!

‘When women go over 50, are they no longer allowed to bare any flesh?’

Piers wasn’t letting up, however, as he replied: ‘Yeah she looks great but also come on, for goodness’ sake, you’re 55. Put your clothes on.

‘She’s my age. My first thought when the snow came wasn’t to run outside and strip naked and put it on social media.’

If Piers ever does decide to don that same outfit, he’d better give Liz’s 80-year-old mum Angela Hurley a call for her expert camerawork. 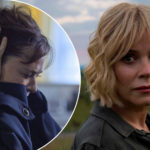 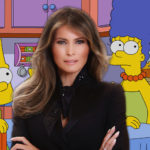