Love Island star Amber Girl has confirmed she is secretly dating again and her boyfriend is somebody from her past that she’s known for a while.

The reality star, who found fame on Love Island 2019 when she won the show with ex Greg O’Shea, revealed she is ‘really happy’ in her new relationship, while hinting that the pair got together before the coronavirus pandemic.

Amber – who has proudly been showing off her recent weight loss journey – said that her new man is somebody she has known for some time and before government lockdowns were imposed.

Keeping coy about her mystery man, however, Amber didn’t dish too many details as she told Entertainment Daily: ‘I’m not single and ready to mingle, that’s all I’m saying.

Amber teased that she likes a man who isn’t intimidated by a strong woman, as she added: ‘If I am going to get with somebody then they need to be very confident and sure within themselves so it just means that the ones that are intimidated, they get found out quite quickly and I don’t waste my time.’

So far it seems Amber is keeping her romance under wraps, as she hasn’t been seen sharing her relationship on social media.

She had teased in August that she was ‘open to dating’ again, but is now ‘super careful’ when it comes to romance after starring on Love Island.

‘I get inundated with proposals in my DMs but I don’t think they mean it,’ she joked. ‘Because of Love Island, I’m now super careful when I’m dating.’

Amber told The Sun on Sunday: ‘People might see me as just someone who has been on TV in Love Island, but there’s much more to me than that. I do have a lot more to offer than my looks.

‘If somebody complimented my personality that would mean a lot more to me. I would roll my eyes if someone came up to me in a pub or club and started going on about how gorgeous I was.’

Amber previously dated fellow island Greg, after striking up a relationship with him following his late arrival to the Love Island villa.

Their romance lasted for around five weeks once filming finished, with Amber later claiming Greg had dumped her by text and him denying doing so. 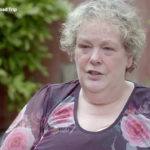 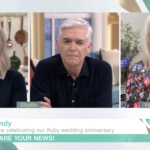