Matthew Lewis has admitted it can be ‘painful’ to watch himself in the Harry Potter films because he sees so much of himself in Neville Longbottom.

The actor, 31, starred in the hit film franchise, based on the books by JK Rowling, from 2001 until 2011, but says it’s difficult for him to watch them back now.

He told the New York Times: ‘I find it quite difficult when too much of me starts to come through in a character.

‘It’s easier when I can play someone completely different, like a police officer in London or someone who’s wealthy.’

Matthew admitted he sees a lot of himself in the character that made him famous: ‘At times it’s painful how much of me there is in Neville.

Despite it being a tough watch, Matthew is still grateful for the chance to be in the worldwide hit franchise as it afforded him so many opportunities in his career.

He explained: ‘If there’s something people remember you by, there are worse things than the Harry Potter franchise.

‘It opened so many doors for me when I otherwise wouldn’t even have gotten in the room.’

Harry Potter director David Yates, who helmed the final four films, also agreed that there were parallels between Matthew and Neville in real life.

A scene in Deathly Hallows: Part 2, where Neville blew up a bridge to Hogwarts to slow down Lord Voldemort, was also written into the script especially for Matthew.

David explained: ‘It captured the charms of Neville and Matthew’s everyman quality. He had a modesty and an honesty that was hard to ignore.’ 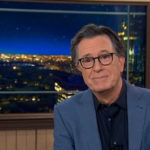 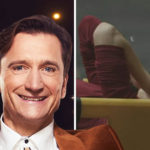