Miley Cyrus made the sweeping gesture of chanting ‘Free Britney’ Spears at her Las Vegas concert in support of the singer and her conservaorship battle.

The 28-year-old pop star performed in Las Vegas on Sunday to celebrate the Fourth of July with fans.

At one point during the show, Miley – who dressed up for the occasion with punk rock hair, a stars and stripes low-cut top and American flag miniskirt – stopped to give a shout-out to Britney who is currently fighting to end the conservatorship controlling her life.

Miley changed the lyrics of her hit single Party In The USA to: ‘The taxi man turned on the radio, he turned to me and said, “Free Britney, Free Britney!”’

It was in reference to the original line which features Jay Z’s song playing on the radio.

Miley has backed Britney publicly before; in February when she shouted ‘we love Britney’ at a concert as the controversial documentary, Framing Britney Spears, aired. The Wrecking Ball singer also said ‘Free Britney’ while performing at the Beale Street Festival in Memphis in 2019.

Last month, Britney, 39, delivered a shocking testimony at a court hearing where she begged the judge to end her conservatorship. The order was granted to the singer’s father Jamie Spears in 2008 so he could manage her financial affairs and wellbeing after her mental health breakdown.

However, the Toxic hitmaker told the court that the strict conditions of the conservatorship were making her depressed and she wanted to be freed. A subsequent motion to remove Jamie from the order was denied by the courts.

During her speech, Britney referenced Miley and the double standards between them, saying: ‘My dad and anyone involved in this conservatorship, and my management who played a huge role in punishing me … they should be in jail.

‘They’re working for Miley Cyrus as she smokes joints onstage at the VMAs — nothing has ever been done to this generation for doing wrong things.’

The future of Britney’s career is now shrouded in uncertainty as her longtime manager Larry Rudolph has resigned while claiming the singer ‘intends to retire’. 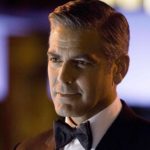