Myleene Klass has praised Meghan Markle for being ‘courageous’ in speaking out in the Oprah Winfrey interview while pregnant.

The Duchess of Sussex is expecting her second child with husband Prince Harry and revealed in the controversial interview that they’re having a baby girl.

Since the Oprah chat, Meghan and Harry have been subjected to immense over their revelations about their time as senior members of the Royal family.

Dancing On Ice star Myleene was particularly moved by Harry’s recollection of seeing Meghan cry while breastfeeding their son Archie, due to the racist abuse she was being subjected to.

Speaking about her breastfeeding campaign with Tommee Tippee, Myleene said: ‘Ultimately I don’t know the ins and outs of anybody’s life but you do see a mother and she’s pregnant.

‘Who knew that she was breastfeeding too when Harry talked about that in the interview, it was just a real insight into their lives and she has been very brave to speak about her miscarriage because I’ve been there and I feel for any person to open up in that way, it gives so many women so much courage.’

Meghan revealed last year that she had suffered a miscarriage after quitting Royal life.

Myleene continued: ‘There’s a lot of stories about that couple at the moment but ultimately they are people that have been very brave to share their story and for her to speak about how Harry would come back from events and see her breastfeeding.

‘We all remember that line because it really impacted and gave so much courage to other women.’

The former Hear’Say singer also opened up about the stigma surrounding mothers breastfeeding their babies in public or on social media, and admits she has felt judged by some members of her own family at times.

‘If there were older members of the family around who wouldn’t approve of it and would put other people in positions and you just think, hang on a minute, why do we think that way? Why are we programmed as a society to feel that way?’ she said.

Myleene added: ‘You’re keeping a baby alive. It’s pretty epic what you’re doing sitting in the corner, it’s pretty epic. But to make people feel judged, that’s a really important conversation that we need to be having.’

The Smooth Radio presenter is also mother to daughters Ava, 13, and Hero, nine, from her previous marriage to Graham Quinn.

Myleene Klass is supporting Tommee Tippee UK with its Spill the Milk series (March 2 – April 6) as part of The Boob Life Campaign. A six-part digital content series on @TommeeTippeeuk, Spill the Milk, aims to help inform, inspire and empower mums, giving them the confidence to own their feeding choices without judgement or shame from outdated societal views. 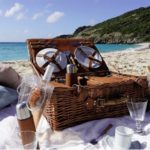