Olivia Wilde is back at work on her new film Don’t Worry Darling after being romantically linked to its star Harry Styles.

Filming ground to a halt this month as Los Angeles saw a surge in Covid-19 cases.

However the cast and crew have been able to safely return to set, as the director confirmed on Instagram on Tuesday.

She shared a photo of cinematographer Matthew Libatique hard at work behind the camera.

Olivia, 36, added the short and sweet caption: ‘And we back’.

It comes after Olivia and the One Direction star, 26, sparked dating rumours when they were pictured holding hands at Harry’s agent’s wedding.

Neither the singer nor Olivia have commented publicly on the speculation.

The Booksmart director recently split from fiance Jason Sudeikis with whom she shares six-year-old son Otis and four-year-old daughter Daisy.

The former couple are said still be amicable as they co-parents their children.

There is still mystery surrounding the plot of Don’t Worry Darling but it is believed to be a ‘thriller’ set in the 1950s.

Chris Pine, Florence Pugh and Gemma Chan are also in the cast.

The virus surge in Los Angeles has forced late night talk shows to be filmed from their homes such as The Late Late Show with James Corden and Jimmy Kimmel Live!.

According to NBC News, Los Angeles was the first county to hit one million Covid-19 cases. 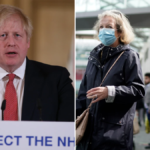 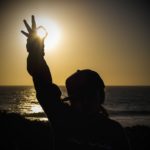 This Is The Best Mental Health Resolution You Can Make