OWN TV host Dr Laura Berman revealed that her 16-year-old son has died from an apparent overdose in an emotional social media post.

The doctor confirmed Samuel’s death in a candid Instagram post on Monday morning as she wrote: ‘My beautiful boy is gone. 16 years old. Sheltering at home. A drug dealer connected with him on Snapchat and gave him fentanyl laced Xanax and he overdosed in his room.

‘They do this because it hooks people even more and is good for business but it causes overdose and the kids don’t know what they are taking.’

She continued: ‘My heart is completely shattered and I am not sure how to keep breathing. I post this now only so that not one more kid dies.’

The Oprah Winfrey Network host is asking for social media platforms take a stand after Samuel’s death, after it was discovered that Snapchat was where her son was offered the drug.

‘We watched him so closely. Straight A student. Getting ready for college. Experimentation gone bad. He got the drugs delivered to the house,’ she added. ‘Please watch your kids and WATCH SNAPCHAT especially. That’s how they get them.’

The author made a separate statement to E! News as she said her teenage son was ‘a beautiful soul who left us way too soon.’

She again asked that social media platforms take the loss of her son, also known as Sammy, as a call to make changes for the better.

Dr. Berman rose to fame when she made several appearances on the Oprah Winfrey Show before quickly landing her own segment on OWN.

The 52-year-old mother helped couples struggling with love and intimacy on In the Bedroom With Dr. Laura Berman. 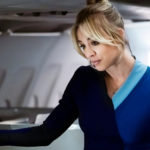 Kaley Cuoco worried fans would ‘hate’ The Flight Attendant: ‘Why am I doing this?’ 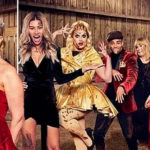 Celebs on a Farm: Lady C reveals someone ‘got covered in slurry’ while chasing pigs during filming