Lauren Goodger has hit back at trolls who have accused her of having a ‘fake baby bump’, telling them to ‘keep their opinions to themselves’.

The Towie star is expecting her first baby with her boyfriend Charles Drury, but has been hit by vile trolling.

She said: ‘People have even accused me of having a fake bump. It’s totally crazy. It can be frustrating and annoying. But at the end of the day we are happy, we are having a baby, keep your opinions to yourselves and f**k off.’

However, she pointed out that there have also been a whole host of kind and positive messages.

The mum-to-be added to The Sun: ‘But we are talking about a minority. I’ve probably had a handful of bad messages out of thousands of lovely ones.

‘I’m constantly explaining myself when I shouldn’t have to. I’ve never been horrible to anyone, I’ve never hurt anyone. I’m not a bad person. I’m only human and I do have a lot coming at me.’

With the pair only confirming their relationship in October, she admitted it ‘happened very soon’.

‘This is where my life starts,’ Lauren told new! Magazine.

However, it’s not too much of a surprise for the reality star as she revealed: ‘We were quite sexually active and I’m not on anything [contraceptives] and it happened very soon.’

Charles opened up about how he feels about becoming a first-time father in his early 20s and said: ‘Family has always been such a big thing and I’ve got friends who have done it from such a young age, and my mum had me at quite a young age as well – at 17.

‘It’s something that happened naturally and we wanted it straight away. When Lauren told me, it was mixed emotions, but something that I’d always wanted.’ 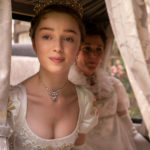 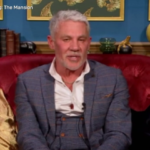