Rak-Su star Myles Stephenson has asked his fans for ‘prayers’ as his dad fights coronavirus in hospital.

The singer explained his dad had been admitted to hospital once before but ‘this time his breathing has worsened’.

He added that this his father, who has the lung condition chronic obstructive pulmonary disease (COPD), had never been hospitalised in his life until now and urged followers to take the virus seriously, confessing he had compared it to a common cold’ selfishly’ in the past.

Myles shared pictures with his dad on Instagram along with an emotional plea.

The X Factor star wrote: ‘Im not one to post family stuff on social media! I also don’t prayer much but when I do I know I’m worried. But… all my Jamaican side are very religious and I know they want as many prayers as possible!

‘Say a prayer for my Dad for me gang, this morning he was rushed to hospital due to Covid. He has already been once but this time his breathing has worsened.

‘This post is not a ply violins for me it’s for my dad and also to stress that Covid is NOT LIKE a common cold, many people (including myself) at times think selfishly as they have not been affected by it. But many have.

‘My Dad is, Black, Overweight and has COPD. Nothing has EVER hospitalised him until today! I want to reiterate COVID is no joke! But yeah, prayer for my best mate and stay safe!’

His friends sent messages of support in the comments, with Girls Aloud star Nadine Coyle writing: ‘Saying a prayer!! Sending so much love to you all!!’

Radio presenter Roman Kemp, who appeared on I’m A Celebrity…Get Me Out Of Here! with Myles in 2019, said: ‘Sending you and the main man all my love’, while their fellow jungle star and Coronation Street actor Andy Whyment wrote: ‘Sending lots of love bro’.

The Dimelo singer rarely posts about his family on social media, but paid tribute to his mum, a nurse, on International Nurses Day last year. 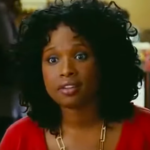 Lauren Goodger pregnancy: Who is Charles Drury, how old is he and who has he dated?