The Real Housewife of Cheshire, 39, on quitting booze, catching Covid and how husband Phil isn’t helping with home-schooling

How are you doing?

I’m good thanks, home-schooling has finished for the day. It’s a nightmare, a rollercoaster. One minute I think it’s lovely having all this time with the kids and the next I want to scream. Gabriella is 18, so she’s OK, but then I have Rocco, 11, Renz, seven, and Ralphi, who’s four and has to do phonics. I don’t know what a phonic is. It’s hard juggling everything because I’m working as well but everyone is in the same boat.

I started Tanya’s Body Goals and did a mop workout yesterday using things people have got in the house like an old handbag with tins of beans in as weights because not everyone has the equipment. I did a workout for people who are on a laptop all day but you can hear the kids trying to batter each other in the background and me saying, ‘Put the stick down, Ralphi!’ I haven’t got time to film it twice so I had to put it out there.

Is husband Phil training with Burnley most of the day?

He’s never stopped, apart from the first lockdown. But they get tested twice a week and normally they’d have lunch together before a game but there’s none of that. He turns up just before the game — straight in, straight out.

So he’s been home more than normal?

Yeah, which is driving me mad. Another hyper boy to add to the mix. He gets the kids wild and then moans that they’re wild. Then they go out and bring mud in and one stinks of dog s*** and you’re going round trying to find out who the culprit is. It’s just brutal!

Are you finding this lockdown harder than the others?

I loved the first one — the weather was nice and it was lovely to enjoy time with your kids. Now I just want to boot them to school. We’ve all had Covid but Phil probably had it the worst. I’ve had worse tonsillitis, so I wasn’t too bad with it, although I have got a really bad chest infection now. It’s better being in bed than home schooling, though.

Yeah, I was finding alcohol really set off my anxiety so I’ve had to knock that on the head. I don’t think I could do the home schooling with a hangover. I was never a drinker every day, I was once a week, but I would drink to oblivion. Once that bottle’s popped, you can’t stop!

Does it also help being careful about how much you work out and what you eat?

Yes, and I’ve been doing that more since lockdown just because I had a breakdown when I came off my antidepressants in 2019. So I’ve been really careful. Never come off your antidepressants without consulting a doctor.

How much filming have you done lately?

I did Celebs Go Skating at the end of November and had the best laugh I’ve ever had. I was definitely not born to be on the ice. I could fall over my own feet on concrete, let alone on ice. Then we finished filming series 12 of The Real Housewives Of Cheshire in November and we start series 13 at the end of February. I can’t wait! I won’t take anything for granted ever again. Hanna and Martin [Kinsella] are having their baby so I’m really hoping with Covid rules I can get my little mitts on that baby boy.

Yeah, but we’ve not spoken for about a year. Things were tricky for quite a few years. But I think with everything going on in the world there’s bigger stuff than arguing. I just wish her all the best.

You’ve been on the show since the beginning — what’s kept you there?

I’m a creature of habit and don’t like change. I love and adore all the crew too. It’s perfect as I don’t really want to travel and they come to your house and film. And I got sacked when I was a cleaner, sacked when I was in a call centre so I’ll just stay in the job and be grateful for it because I’ve not been sacked!

What does it take to be a Real Housewife Of Cheshire?

I think you have to be slightly unhinged! Not a full butty, a bit short of a sandwich. It has to be reality, otherwise don’t bother.

How do your family feel about you being so honest on the show?

My husband a few times has said, ‘Why did you say that?’ It just came out! I said he had a big willy once. There’s no filter, I just say it.

What are your hopes for this year?

It’s my 40th birthday in April so I was planning big parties and going away and it’s not looking very likely at the moment. I’d love to see my grandma and nan again. And I’d do any show now, anything just to get me out of this house. Literally. 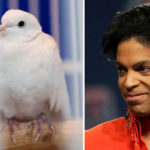