Rebel Wilson has opened up about her experiences with emotional eating, revealing she used food as a coping mechanism to deal with her hectic moviestar lifestyle.
The actress underwent a dramatic transformation over the course of 2020, losing around five stone.

She told PEOPLE: ‘I would numb myself with food. I was traveling the world and I had a hectic lifestyle and my way of dealing with the pressure sometimes was eating ice cream and brownies, but at the end of the day, I wasn’t treating myself with love.’

The Pitch Perfect star will still treat herself to a dessert a couple of times a week rather than ‘every day’.

Although she is loving her new body and still embraces her curves, the Australian star feels she looks good ‘at any size’.

She added that her goal in losing weight was never to be ‘skinny’.

‘I love being curvy and I’m still super curvy but just a healthier version,’ Rebel added.

Rebel had set herself a goal weight last year and dedicated herself to getting in shape. She reached her target a month ahead of schedule.

It was a gruelling process which involved 6am starts for hikes and five HIIT sessions a week.

Appearing on Australian radio show The Morning Crew, the Cats star revealed people treat her differently since she lost weight.

‘Sometimes being bigger, people didn’t necessarily look twice at you’, she said.

‘Now that I’m in a good shape, people offer to carry my groceries to the car and hold doors open for you, I’m like, “Is this what other people experienced all the time?”‘

Her personal life recently underwent a transformation too after apparently splitting up with boyfriend Jacob Busch.

Heading to the Super Bowl at the weekend as a ‘single girl’, the star lived it up with friends, hopping on a private jet to watch the game. 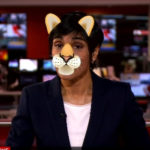