Rita Ora has teased she will be turning her hand to acting more in the future.

Following her stints in the Fifty Shades trilogy and Fast and Furious 6, the For You singer will be popping up on the small screen in new film Twist, which is released on Sky Cinema from today.

In the flick, a modern day take on the iconic Charles Dickens novel, she plays grifter Dodge – aka the Artful Dodger – starring opposite Rafferty Law, Michael Caine, Lena Headey and Sophie Simnett.

And, chatting to Metro.co.uk ahead of the movie’s premiere, she confessed that she’s keen to do more work in front of the camera.

‘I’d love to. Yes, you know I’m actually… There’s a lot of things happening in Australia at the moment,’ she said.

‘I’m actually going, I’m flying there this weekend to shoot the Voice Australia and there’s a lot of other things happening over there. I really don’t want to give too much away but it’s definitely popping off.

‘So let’s just hope and pray it all makes sense.’

The I Will Never Let You Down singer has made headlines lately due to her rule-breaking lockdown birthday celebration in November – when she commemorated turning 30 at Notting Hill restaurant Casa Cruz.

Despite strict government restrictions banning indoor meetings during the coronavirus pandemic, she was joined by pals including Cara Delevingne and sister Poppy to ring in the day, and later apologised for breaking the rules.

There is currently a review taking place to decide whether the eatery’s license should be revoked for allowing the party to go ahead.

In the midst of this, Rita is promoting her most recent role as grifter Dodge in Sky Original flick, Twist.

Far from the classic Charles Dickens tale we’ve seen countless times before, Twist has been adapted into a heist movie instead, with Martin Owen directing the project.

Rather than an orphaned boy begging for another bowl of gruel, Rafferty’s Oliver is a streetwise artist whose encounter with a team of grifters sees him sink into an underground world of crime.

Rita couldn’t help but rave about the role, which is different to anything she has embarked on in her career.

‘I loved playing Dodge. I’m a bit of a tomboy myself anyway, naturally, and so, if I was able to play a tomboy, and on top of that, really make a stand…,’ she continued. ‘I consciously was like, “Okay I’m gonna do this my way, because of the gender swap.” That gave me a lot of ability to play, and the director and the writers were super supportive.

‘It actually took me back to my roots. I grew up in a council estate, I was always the kid that would be playing on the streets, and was like, “I’ve got to go home now, my mum’s made dinner!”

‘I used all of my growing up and made the most of it, in the sense of creating the family and a core environment, because you learn everything in those years of your life.

Sophie Simnett, who stars as fellow grifter – and Rafferty’s love interest – agreed that the gender flipping aspect of the film was what drew her.

As well as the epic, star-studded cast, of course.

‘What attracted me, originally was 100% the cast, and having grown up with Oliver Twist on our VHS,’ she told us. ‘I love musical films and my mum used to have the vinyl of the original, and she would always play it.

‘It was the soundtrack to my childhood in a way.

‘We had such a great time [on set], we honestly did. We had so much fun on and off the screen, and particularly the gender flipping, and the awareness of sexuality in it, and London culture and also just the opportunity to film in London.’

Sophie added: ‘I love watching films and being like, “That’s my road or I know where that is!” Twist really goes all around, so that can be done.’

Twist, a Sky Original film, is available to watch only on Sky Cinema from January 29. 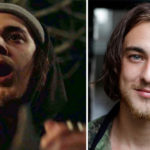 Luther star, 26, took own life while out of work during lockdown, inquest hears 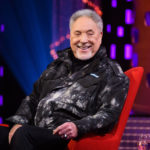