BBC Radio 2’s PopMaster has featured a historic moment, as it aired its first ever live proposal.

The quiz, hosted by Ken Bruce, is known for its tough questions about the world of pop music, with contestants being given the chance to shout out their friends and family at the end.

But Friday’s show took a very unexpected turn as listener Shar Doherty proposed to her partner.

‘My partner Matthew has been my absolute rock,’ she said.

‘It’s been a tough year and I can’t imagine not being with him. On that note, I want to say, “Matthew, will you marry me?”‘

Ken was thrilled and, while fans were left on a cliffhanger, he later updated them with some very happy news.

‘Shar Doherty made a live proposal to her other half Matthew during her shout-out at the end of PopMaster,’ he said.

‘We’ve got our first PopMaster wedding. I’m just looking at hats as we speak.

‘She said she just thought about it on the spur of the moment.’

Shar, 38, explained: ‘I wasn’t really planning on actually doing it but when the song in between rounds was I’m Getting Married in the Morning, it just seemed like a sign.

‘I’ve struggled the past year with my mental health and Matthew has been an absolute rock for me. I couldn’t love him any more and it just felt like the right time!’

Ken, 69, has been a broadcaster for more than 40 years, and is BBC Radio 2’s longest-serving male presenter.

Wayne Lineker still talking to singleton Hannah from Celebs Go Dating despite being dumped on show: ‘The door is not closed’ 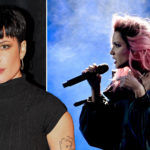