Dustin Diamond has sadly died at the age of 44.

The Saved By The Bell actor had recently been diagnosed with stage four lung cancer.

A rep for the actor confirmed the news to TMZ, revealing that the actor died on Monday.

His girlfriend and father were by his side at the time of his death.

Confirming Dustin’s diagnosis earlier this month, a rep for the actor told Metro.co.uk at the time: ‘Yes it is true that Dustin has cancer, but he is still undergoing tests and we won’t know the true severity until these tests are complete.

‘Once we have our facts straight, Dustin will release a statement personally about what is happening.

‘In the meantime, we ask for fans’ continued thoughts and prayers, and hope for his speedy recovery.’

This is a developing story. 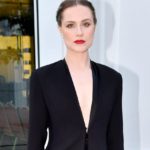 Rihanna pays tribute to musician SOPHIE following her death at the age of 34: ‘Still can’t believe this’