Sinead O’Connor has asked fans to keep her son Shane in their prayers after experiencing a ‘hideous day’.

The Nothing Compares 2 U singer sparked concern for Shane’s well being with her tweet on Monday night.

‘Any spare prayers out there, pls stick one in for my son, Shane. The very light of my life,’ Sinead wrote.

Earlier in the day, she had simply tweeted: ‘Hideous day from hell.’

Sinead, 54, did not disclose if anything was wrong with Shane, who she shares with her former partner Donny Lunny.

In 2019, the Irish singer sent a plea for help after revealing Shane, now 16, had gone ‘missing’ from his home in Ballinteer, Dublin.

She tweeted at the time: ‘My sweet 14 yr old son has been going missing a lot and is currently missing for the last two days.’

‘If you are a parent in whose house he has been staying or is staying, please call Dundrum Gardai. Not calling them is not helping him.’

Sinead even appealed to parents of Shane’s friends in the hope they were following her online.

‘Msg for Orlando’s parents in Wicklow town. Is my baby with you?’ the musician wrote.

‘If so pls contact Dundrum Gardai. We are frantic now as he’s been awol since Friday. Apparently he told someone he was going your house. I don’t know you so i’m sorry had to tweet instead of call. [sic]’

However, he was fortunately discovered safe and well three days later.

‘No further action is required. We would like to thank everyone who assisted in this appeal.’ 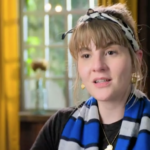 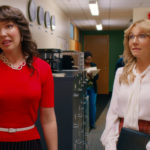 Is Firefly Lane based on a book and who wrote it?