Sir Rod Stewart and his son, Sean, have reportedly reached a plea deal in their battle against a bouncer, after being charged with simple battery.

The I Don’t Want To Talk About It singer, 76, allegedly punched security guard Jesse Dixon during a row at a New Year’s Eve bash in Florida.

Son Sean, 40, was accused of pushing the staff member when he barred them from entering a private party at the Breakers Hotel.

At the time, Jesse told police officers that the rocker and his family were trying to check in for a bash they didn’t have authorisation to attend.

When asked to leave, it was alleged that Sir Rod and his group ‘began to get loud and cause a scene’ before Sean got ‘about nose to nose’ with the guard.

The bouncer claimed that he shoved him backwards, with his dad then stepping towards him and punching him in the ribs.

Both Sir Rod and Sean pleaded not guilty.

It is reported that, after months of negotiations, a deal has been reached between both parties.

Page Six, via the South Florida SunSentinel, states that the terms of their agreement have not been released to the public.

The update comes after judge August Bonavita warned that their dispute could go to a court trial if they didn’t reach an agreement.

The pair faced a year behind bars over the simple battery charges.

Judge Bonavita has now scheduled for a hearing to take place on March 26 to formally close the case. 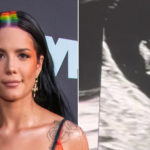 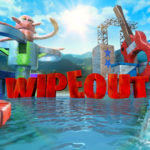