Krystina Arielle has been supported by the Star Wars team after being subjected to horrific racist trolling and bullying on social media.

The actress was recently announced as the host of the new Star Wars: The High Republic Show earlier this month.

Past tweets from Krystina then resurfaced on Twitter, and featured her speaking out about white people’s role in upholding racism.

In June, Krystina tweeted: ‘And I was in such a good mood. White People: You do not get to absolve people of racism. You do not get to point out their “Growth” when they say black lives matter after treating us as if we don’t. You don’t get to accept apologies on our behalf. That shouldn’t need to be said.’

Since then, Krystina has been subjected to racial abuse and she shared a screenshot of some of the trolling.

One troll sent a monkey and banana emoji, while another accused her of being racist towards white people. In one message, a troll described Krystina as having ‘ghetto hair’.

Alongside the abusive messages, Krystina tweeted: ‘We the last 24 hours have been … not the greatest.’

Amid an outpouring of support for the presenter, a post on the official Star Wars Twitter account said: ‘Our Star Wars community is one of hope and inclusivity. We do not stand for bullying and racism. We support @KrystinaArielle.’

Krystina didn’t respond to Star Wars’ comment but she appeared to be moving forward from the ordeal, tweeting Maya Angelou’s empowering poem Still I Rise.

Many fans applauded Star Wars’ public statement in support of Krystina but, there was also overwhelming criticism from some who felt Disney did not make the same effort for other stars who were subjected to social media bullying.

Several pointed to Kelly Marie Tran, who played Rose Tico in 2017’s The Last Jedi and detailed the sexist harassment she received online following her performance.

‘Where was this energy 3 years ago for Kelly?’ one Twitter user wondered.

Another weighed in: ‘Great to see Lucasfilm/Disney realize they should stand up for members of their community who face unspeakable, hateful harassment. It’s still infuriating they did not do this for John Boyega, Kelly Marie Tran, Daisy Ridley.’

‘I never heard of Krystina… but I’m confused where your tweet of support for @ginacarano was? She’s been endlessly bullied for things she’s never even said. Stop picking favorites and be truly inclusive by supporting ALL your talent equally no matter who they vote for,’ one other stated.

John Boyega, who starred as Finn in the latest Star Wars franchise, was also brought into the conversation following his claims that he was marginalised by the studio.

They also highlighted the controversy where his Star Wars character was shrunk on the poster in China whereas his white co-stars were not.

Earlier in January, Krystina excitedly announced she would be hosting the new web series The High Republic Show from January 27.

She said in an Instagram post: ‘Thank you Star Wars for this incredible opportunity to talk about what I love and to explore The High Republic era!!!!’ 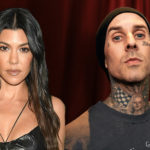 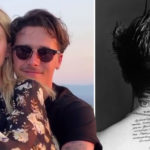